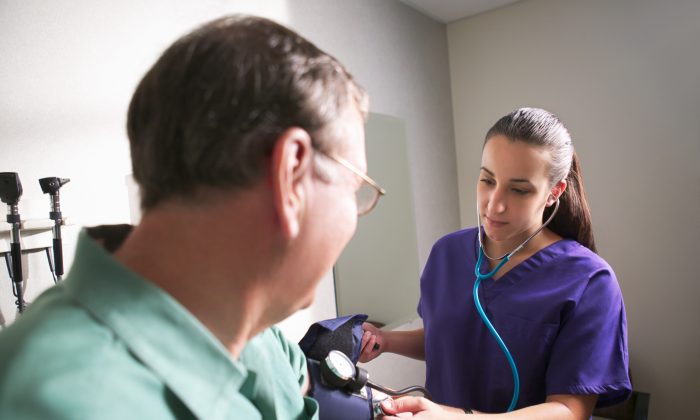 The Canadian labour market shed some 39,000 jobs in July, with the unemployment rate rising to 7.2 percent, according to Statistics Canada. The two areas that saw the largest job loss were the health care and social assistance sector and the public administration section. (Thinkstock Images/Photos.com)
Canada

Canada’s labour market struggled in July as employment decreased by 39,000 jobs and the unemployment rate rose 0.1 percent to 7.2 percent, according to Statistics Canada last Friday.

The jobs data has been volatile and unpredictable recently. March had job losses of 54,500 while May saw an increase of 95,000 jobs. What’s more insightful is the six-month trend that is averaging a gain of 11,000 jobs per month, which is consistent with the meagre economic growth in the nation.

The largest drop in jobs occurred in the health care and social assistance sector (-47,000 jobs), followed by public administration (-23,000).

The two areas greatly contributed to the total of 74,000 fewer people working in the public sector. According to the National Bank, this public sector month-over-month drop in employment is the largest on record.

The unemployment rate rise was curtailed to some extent by a decrease in the participation rate (combined total of people employed and unemployed as a percentage of the population) to 66.5 percent.

Statistics Canada provides an apples-to-apples comparison with the labour situation in the U.S. Adjusted to U.S. concepts, Canada’s unemployment rate would be 6.3 percent; the U.S. unemployment rate for July improved to 7.4 percent.

The market reaction Friday morning was fairly predictable given the weaker-than-expected headline numbers. Canadian bond yields fell very slightly and the Canadian dollar lost some of its value against the U.S. dollar.

This type of reaction indicates an expectation by financial markets that the Bank of Canada has another reason to delay hiking interest rates.

The prior (June) Labour Force Survey was released on July 5, the same day as the highly anticipated U.S. jobs report.

That June report, which showed employment virtually unchanged in Canada, was swept aside by the uptick in U.S. employment in terms of the reaction in financial markets. Canadian bond yields surged higher, dragged along by surging U.S. bond yields.

The Canadian July jobs report, however, had the full attention of the financial markets, as it was not overwhelmed by a more significant economic data release.

The July Labour Force Survey results are unlikely to cause an increase in third quarter gross domestic product; GDP growth was 1.4 percent in the first quarter.

The August Labour Force Survey will be released on Sept. 6.