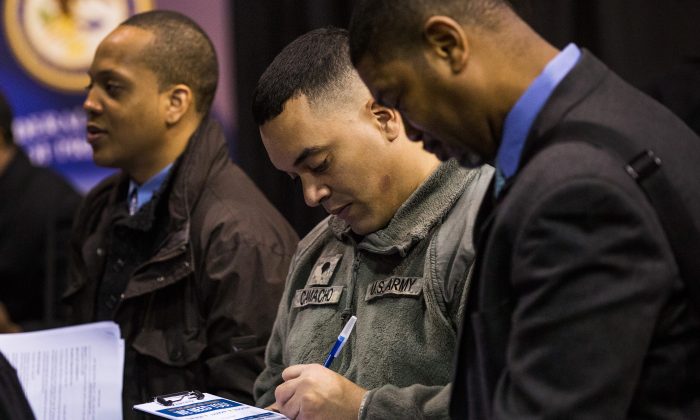 NEW YORK—New York City’s economy has grown at a healthy 3.1 percent in the last quarter, but unemployment stayed flat at 7.9 percent, above the national average of 6.2 percent.

Comptroller Scott Stringer said that the city’s economy has been healthy despite high unemployment, which he attributes to the growth of the labor force by 37,100, the largest quarterly increase in the past 12 years.

“The economy has added tens of thousands of jobs in the private sector, pointing to a firmer labor market, stronger tax revenues, and a more stable economy,” Stringer said in a statement.

The nation-wide recovery had mirrored that of New York City. In July, the slight uptick in the national unemployment rate—from 6.1 to 6.2 percent—was received as good news by economists, as it was a sign of more people re-entering the labor market.

There were significant shifts on a borough level, with unemployment falling from 17.3 to 13.5 percent in the Bronx, 6.8 to 5.9 percent in Manhattan, and rising from 7 to 7.9 percent in Staten Island.

The biggest gains were in the hospitality, education, and health services sector, with manufacturing still on the decline.

Luxury spending has paced ahead, with Broadway tickets up 21.7 percent last quarter.