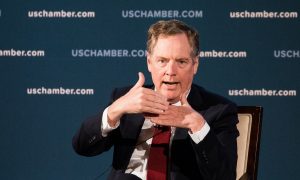 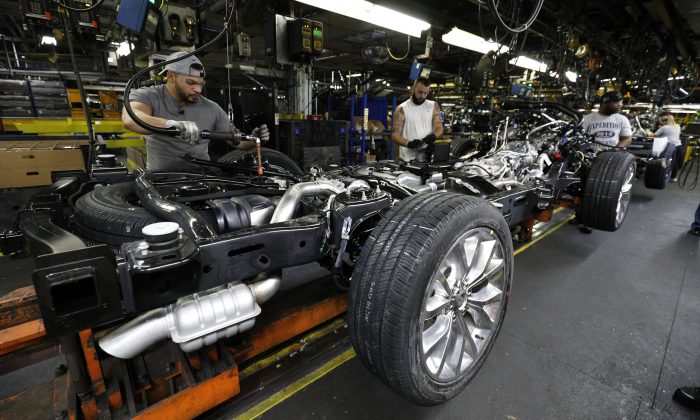 The unemployment rate fell to 3.9 percent in April. The only time it has ever dropped so low since 1969 was in April 2000—for one month, according to the Bureau of Labor Statistics.

Employers added 168,000 jobs in April, fewer than the expected 193,000, partly because “cool weather may have reduced hiring in construction and other sectors,” in a research report obtained from Citibank.

Wages advanced less than expected, at 0.1 percent, which may ease concerns that inflation pressures are rapidly building up, likely keeping the Federal Reserve on a gradual path of monetary policy tightening.

“Today’s jobs report reinforces a number of themes we have emphasized: (1) US growth is set to accelerate in Q2, even as the rest of the world may be slowing, (2) the unemployment rate is likely to drop faster than Fed expectations, and (3) despite strong economic growth and a low unemployment rate, inflationary pressure remains muted,” Citibank said.

President Donald Trump cheered the drop in the unemployment rate on Friday, May 4.

“I thought the jobs report was very good. The big thing to me was cracking 4,” Trump told reporters. “That hasn’t been done in a long time … we’re at full employment. We’re doing great.”

The unemployment rate is an incomplete indicator, since it excludes all who haven’t sought a job over the previous four weeks.

Part of the April drop in the rate was due to more people leaving the workforce.

There are almost 95 million people considered not in the workforce—those over the age of 16 who don’t work and are currently not looking for work, mostly because they study, are ill, retired, or homemakers (pdf). Among them, there were about 5.5 million who wanted a job in 2017, according to the Bureau of Labor Statistics.

This number has been declining in recent years—a hint that more people who had given up on finding a job are now trying again and succeeding.

“Here’s a great stat – since January 2017, the number of people forced to use food stamps is down 1.9 million. The American people are finally back to work!” he wrote on Twitter April 23.

The economy has been on a streak of breaking expectations with private sector wages and salaries growing in the first quarter at the fastest pace since 2007. Claims of unemployment benefits fell to the lowest level since 1969 in the week ending April 21.

Workers are also starting to see higher take-home pay, as lower withholdings due to Trump’s tax cuts are kicking in.

The economy has been invigorated by the “Trump effect”—a boost to confidence in the economy linked to Trump’s cuts to regulations, taxes, and planned investment in infrastructure.