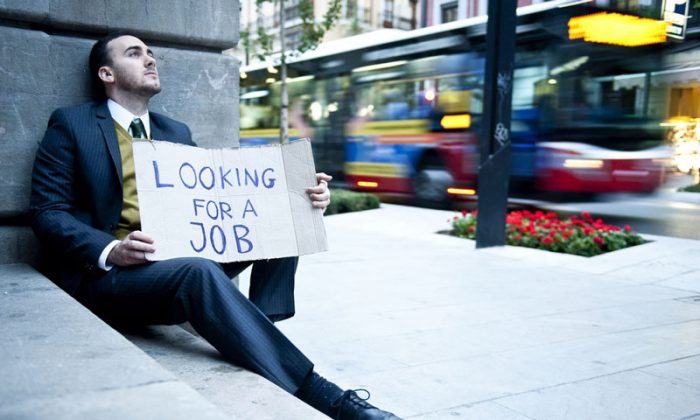 Unemployment and a Tale of Two Financial Crises

The latest GDP report indicates a slowdown in overall economic activity in the first quarter of 2014. Apologists for the Obama administration attribute the recent slowdown to unusual winter weather. Some have even suggested that the first-quarter slowdown sets the stage for rapid economic growth for the remainder of this year: there is pent up demand and untapped potential productivity, they claim. Mobilization of unemployed resources and satisfaction of unmet demands could, in the remainder of 2014, translate into a faster annual rate of GDP growth, perhaps 3.5 percent. The flaws of this argument should be obvious. One can just as easily argue that the much larger slowdown of 2008 set the stage for fast growth in the 2009-2013 time frame. The 2008 crisis left us with much greater pent up demand and untapped productivity. Yet the recovery that began in 2009 nearly stalled in 2010 and has been extraordinarily slow. Why has the recovery been so very slow?

The facts of our recent experiences with harsh winter weather is hardly unprecedented or unimaginable. There have been harsh winters before, and without economic slowdowns. More importantly, officials have pushed the envelope of Keynesian policies. In recent years Federal authorities have implemented some of the most aggressive fiscal and monetary policies in US history. President Obama is on track to double the national debt. Obama’s Recovery and Reinvestment Act was intended to stimulate the economy with massive deficit spending. The US government accumulated 1.4 trillion dollars of extra debt just in 2009. The Council of Economic Advisors predicted that the Recovery and Reinvestment Act would increase economic growth to 3.8 percent. The Federal Reserve has also carried out its program of quantitative easing, a historic increase in bank reserves.

The actual results of the Recovery and Reinvestment Act and of quantitative easing fell well short of expectations. US economic growth has been anemic and unemployment has remained at high levels. Federal officials ran annual deficits of more than one trillion dollars several years in a row, yet measured economic growth remained unusually sluggish. The pace of recovery slowed to 2.1 percent in 2010 and has persisted at a slow rate since then.

Given the enormous number of unemployed workers and growth in the size of the working-age population there was (and still is) potential for rapid economic growth. GDP growth rates of 4 or even 5 percent were not at all unrealistic, given the number of unemployed persons.

It is always possible to concoct an excuse for poor policy results. Some people had earlier suggested that recovery from a major crisis must be slow. The idea that recovery from a large financial crisis must be slow is superficially plausible, and this excuse is oft repeated. President Obama made this claim: “The simple truth is, it took years to dig this hole; it’s going to take more time than any of us would like to climb out of it” (July 9th, 2010 at UNLV). Now the weather is supposedly to blame. What does the historical record suggest about economic recoveries.

There have been ten economic recoveries since the Second World War. Of these ten recoveries, the 1982 recovery was the second-fastest and second-longest expansion. The 2009 recovery is the slowest. These are interesting facts. The 1982 recovery is associated with a severe banking and financial crisis. Inflation rates went into double digits. During the 1970s the Federal Reserve followed a Keynesian policy of quantitative easing as a means of “stimulating the economy.” During the 1980s the Fed abandoned Keynesian policy in favor of quantitative tightening, higher interest rates, and slower money-supply growth. Federal Reserve tightening was needed to control rising inflation, and this was followed by a strong recovery. The 1982 recovery also began with a Federal hiring freeze, and smaller Federal deficits than in recent years.

The record of the past six years is clear. Quantitative easing by Fed Chair Ben Bernanke has failed to produce a strong economic recovery in the short term. This policy has laid the groundwork for a longer term wave of inflation.

The official unemployment rate was higher during the 1981 recession than during the 2008 recession, but what happened afterwards? Unemployment rates fell faster in the 1980s than in any other postwar recovery. High interest rates during the early 1980s put savings and loans institutions in a poor financial position; paying high rates on short-term savings while being paid low rates on long-term mortgages. Banks were also burdened with elevated delinquency rates on loans. The savings and loan crisis lasted close to ten years, during which time half of all S&Ls went under.

The idea that a severe crash can be followed by fast growth can be true, yet this need not always be true. Defenders of Obama policies have switched between arguing that recovery from a crisis must be slow to the idea that a drop in GDP sets the stage for rapid expansion. The change in their reasoning is based on sophistic political and rhetorical expediency rather than on rational thought. Given the large number of unemployed and discouraged workers, and the low capacity utilization of capital, there could have been a faster recovery. Keynesian policies have failed; the fact that a worse-than-usual winter coincided with the latest disappointment does not change this fact. What are the consequences of failed Obama-Bernanke-Keynesian policies?

Recent reports indicate that most of the financial gains of recent years have gone to upper income Americans. This data is correct, but relatively unimportant. There is nothing inherently wrong with wealthy people becoming wealthier. The unemployment situation is more serious. What is the unemployment rate among lower income Americans? Incomes in the US correlate with education. High school dropouts have the lowest incomes, and high school graduates have the second lowest incomes, on average.

The unemployment situation with high school dropouts is always relatively high, but it has been particularly bad in recent years.

These are important facts. Lack of jobs has left lower-income households with less income and a worsening position in terms of their household wealth. Even a Keynesian should be able to admit that the failure of fiscal stimulus and quantitative easing has made things worse for Americans in lower-income households (among others). The second strongest recovery took place right after an inflation crisis and during a bank-failure crisis, and during a rare effort by the Fed to fight inflation. The weakest recovery took place during the most aggressive uses of fiscal and monetary policy in US history, and the failure of this policy has hit lower income Americans the hardest.

Quantitative easing and fiscal stimulus are failed policies. These policies have unquestionably failed to produce a rapid recovery over the past five years. These policies likely have actually prevented more rapid economic recovery. Quantitative easing and fiscal stimulus have failed to bring unusually high unemployment rates among less-educated Americans closer to “normal” levels.

The policies of quantitative easing and fiscal stimulus derive from false beliefs that real prosperity can be achieved simply by increasing the amounts of money and debt. The idea that we can achieve real prosperity simply by creating more money and debt is akin to belief in magic. Adam Smith and David Hume taught us that prosperity requires real resources, labor and capital. Ludwig von Mises and Friedrich Hayek went further by teaching us all the importance of well-coordinated cost-effective uses of labor and capital. Fed officials should give up trying to create real wealth by creating money. Unfortunately, the new Fed Chair, Janet Yellen, has strong faith in Keynesian magic of creating real wealth from monetary wealth. Yellen and Obama should discard their false and disproved Keynesian beliefs. Better still, the American public could give up waiting for officials to admit to their own failures, and press for a more rational and reliable laissez-faire policy.

*Image of “unemployment” via Shutterstock