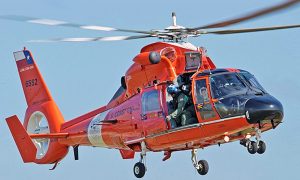 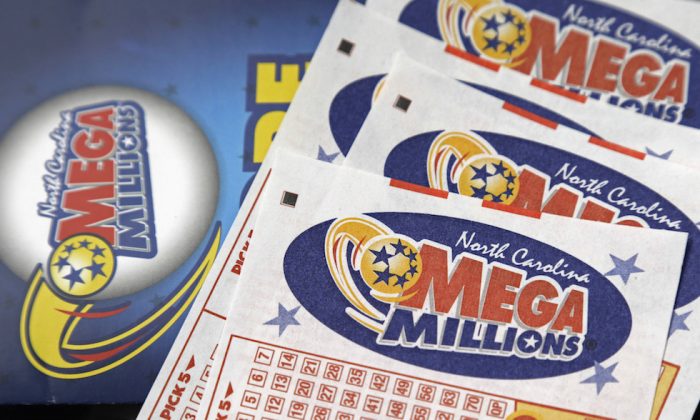 Mega Millions lottery tickets rest on a counter at a Pilot travel center near Burlington, N.C., on July 1, 2016. (AP Photo/Gerry Broome)
US News

An unemployed handyman from New Jersey said he won a $273 million jackpot in the Mega Millions drawing after leaving his lucky ticket in the store.

He bought the ticket at the Quick Chek in Pohatcong Township, but he accidentally left it behind at the store, reported LehighValleyLive.com.

Posted by lehighvalleylive.com on Wednesday, 6 March 2019

When he realized that he had left the tickets behind, he stopped by the store and found that a good Samaritan spotted them and gave them to the cashier, who then stuck them inside a drawer.

Over the weekend, during the East Coast snowstorm, Weirsky took out his two tickets to see if either were a winner. He scanned the first and threw it away after it didn’t match.

But the next one came back as the jackpot winner.

Weirsky then told his mother, Shirley, who didn’t believe him.

According to the Daily Mail, Weirsky is divorced with no children and was working odd jobs as a handyman.

It's a good thing a Good Samaritan found the tickets and turned them in. Of course, they weren't worth $273 million at the time.

“I was a bum in high school, I was a bum after,” he was quoted as saying by the Mail. “Maybe I’ll be a beach bum now.”

The newly minted millionaire said he’s also planning to hear from friends and family members for a handout. He said that those who treated him well will find out that he’s generous, but those who didn’t won’t get anything, according to the Mail.

Weirsky is slated to have a press conference on Thursday.

Weirsky isn’t the only person this week to have home tens of millions of dollars via the lottery.

In October, it was announced that the $1.5 billion jackpot was won by a single unknown person, reported The Associated Press.

“We are delighted that the winner is a South Carolinian and has come forward to claim this remarkable prize,” said Hogan Brown, who is the commission’s executive director, reported AP.

According to Reuters, the winning Quick Pick Mega Millions ticket was sold at a KC Mart in Simpsonville, South Carolina.

CAN YOU IMAGINE NOT FINDING OUT … until it is too late to collect?

Officials added that the winner had allowed a person to jump out ahead of them in line before they purchased the jackpot ticket.

“A simple act of kindness led to an amazing outcome,” the commission wrote in a statement.

The odds of winning the Mega Millions jackpot were 1 in 303 million.