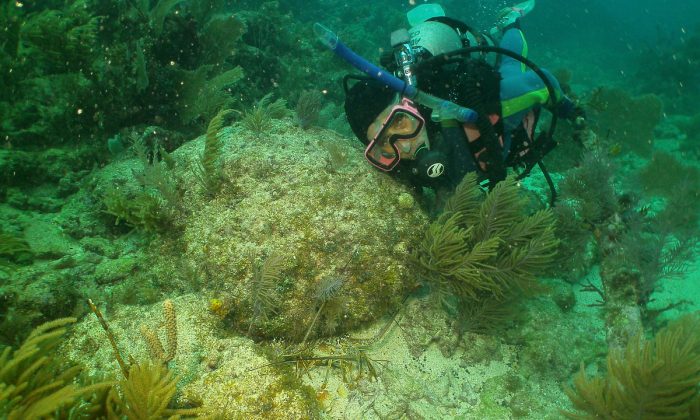 Digital photography is more forgiving than film. Digital cameras have light gathering abilities and low light capabilities that require less artificial light than film. Computer enhancement techniques can bring out images that otherwise seem buried in darkness. My trusty Made in USA Oceanic underwater strobes sit on a shelf, relegated to antiquity. Their sturdy Electro-Oceanic connectors and cords anachronisms. My Nikonos cameras with optical glass corrected 15 millimeter lenses likewise gather dust. I still have blocks of Kodak Kodachrome and Ektachrome slide film in the refrigerator and that is likely where they will stay until chosen for display by a museum.

Just as the point-and-shoot camera changed a generation, enabling anyone with a steady hand to take credible pictures, digital photography, in all of its forms, from telephone cameras to high resolution tiny videos that fit in the palm of a hand, has created a technological revolution. That’s all it did—the revolutionary enhancement is technological not systemic. Nothing has changed in the way underwater photographers go about their work. Little has changed in the way underwater photographers use techniques to defeat elements that can ruin good images.

Look at your little camera. There it is. A tiny rectangle maybe half the size of a cigarette pack. It can do most anything and certainly more is listed in the inch-thick instruction manual that comes with it than you will ever want done. What the camera has for sure is a tiny slit, not an inch from the lens, that contains its incorporated electronic flash. The lens and the flash are in the same plane. Now look at your automobile headlamps. They light up forward as well. Common experience has shown that in snow your automobile headlamps reflect back from flakes. Each in turn becomes a little star that catches and reflects the light. The same when traveling through fog or dust. Particles reflect the light back.

When an electronic flash is used its light will be reflected back by any particles between it and the image. This is called backscatter. These reflected particles can ruin a picture or make it less than pleasing. In crystal clear water there is little or no problem with backscatter: nothing in the water column reflects the electronic strobe’s light back. There are few opportunities to dive consistently in perfect conditions for underwater photography. There is usually suspended material in the water that will interfere with flash photography.

Why use artificial light at all then if digital photography has light gathering properties? Sea water acts as a cyan filter. Just as soon as a diver descends a few feet, color perception is lost. At ten feet depth most bright reds and orange colors disappear. As divers descend deeper than thirty feet everything takes on a blue-gray cast. The colors are still there. It is only that without light they are not perceived. Turn out the lights in your room at night. Look around before your do. Your bright red sweater is remarkable in light. When the room is darkened its vivid red color is not perceived. Switch on a flashlight and aim it at the sweater and of course its bright red color is apparent. The color did not disappear in the dark, it was simply not perceived by the human eye and would not therefore be captured by a camera without artificial light. Artificial light is necessary to ‘see’ color underwater.

Underwater digital cameras have largely been adapted from equipment designed for land use. They are housed in plastic cases. Nimble workers decide that fourteen little buttons are necessary to operate all functions the camera can perform on land. It is nonsense to think that an underwater photographer needs to review, delete or otherwise mess with images. All the underwater photographer wants to do is turn the camera on, take pictures then turn it off when done to save the battery. Anything else can be accomplished back on shore. A far different concept than the objective of a myopic little kid manipulating buttons on a tiny telephone battling galactic super heroes. On and off. Auto focus underwater is a nightmare as is shutter delay. Slave strobe systems can delay shutter release since the internal flash has to recycle.

Go with what you got. I found the best camera for my overall purpose to be the new SeaLife DC 1400 underwater camera. I use their Sea Dragon flash and equip my unit with the SL 984 video light. That too is a change over film photography. I used to make underwater documentary motion picture films. I had to use powerful underwater lights. When I tried using my movie lights for underwater still photography the color balance was off. Film is balanced for a certain Kelvin temperature. With digital there is that wonderful compensation enabling strobe as well as video lighting to bring out color. The computer can correct any color defects later.

My SeaLife DC 1400 is a tough little camera. I teach diving and guide divers almost every day. I cannot have a bulky housed camera that interferes with my ability to have both hands free. I hang the SeaLife around my neck. Its rubberized covering over a hard polycarbonate housing protects it pretty well. The Sea Dragon external flash works on a slave off the internal camera’s built in flash. The camera is triggered. The little flash next to the lens goes off. It is covered by a light-tight housing that sends a signal to the external flash via an optical cable. The external flash fires and the picture is exposed. For fill lighting on both sides of the image I use the video light as well.

When originally purchased, both the strobe and video light came with arms that attached to a tray. The camera is screwed into the middle of the tray, the strobe on one side, the video light on the other. The inflexible arms are about five inches long. The strobe and video light is directed straight ahead. They can be twisted to some extent, indeed they can be removed from their arms and held by hand but on the whole the strobe and video light provide a flat plane of light in the direction of the lens. If the water is clear that presents no issue. If there are particles in suspension, especially when using my SeaLife wide angle clip on lens, backscatter is a real problem.

With my old Oceanic strobe, I never put my camera on a bracket. I wore the camera around my neck and put my strobe under my arm. Oh yes, it was considered unique; not a dive went by without someone making an observation about it. Mostly whether I was concerned that I’d lose my strobe. I had a very strong grip on it and could still use my hand with the strobe tucked under my arm, the camera out of the way around my neck. And no, I never lost my strobe, except once in Tahiti but that is a different story entirely….I used a dive light handle on the strobe and my long arm to angle the strobe to suit the image I wanted to capture. If there were particles in the water, I would arch my hand way up then angle the strobe backward toward the subject so light would strike it from an angle.

SeaLife came up with flexible extension arms that are seven inches long. The connections are the same as the arms that come with the flash and video units. Thus these flexible units build upon the existing set up. SeaLife trademarked their Flexconnect(tm) Flex Arms. By getting the light source away from the camera, the underwater photographer can aim the strobe so that backscatter is minimized. This can be accomplished by shooting the flash backwards directing strobe light toward the subject. The light faces the lens and does not light particles between the lens and the subject. Having the ability to position the strobe offers creative possibilities for pictures.

Diving on the wrecked remnants of the City of Washington in Key Largo the other day, a large scorpion fish tucked itself under a steel girder. Try though I did to get my camera positioned so the strobe would light the subject, the fish was so well under the girder that I couldn’t get the light and the camera under to take a picture. That would not have happened with my old Nikonos set up using my hand held Oceanic strobe. I’d have held the strobe up and over the girder and pushed my camera under the steel beam. Of course I did what most would have done in the circumstances, I simply asked the sluggish fish to move so I could take its picture. The fish told me to spend the money and get Flex Arms. I did and I like them.

Whatever equipment you use for underwater photography adapting it to your purposes and getting used to the way it responds in differing ocean conditions is tantamount to realizing good pictures. Avoiding backscatter by simply directing artificial light away from the lens’ picture plain is one technique to enjoy better quality images.

One happy circumstance with digital photography is that the image can be seen immediately. Corrections can be made if light reflects off a mask or shiny object. Taking multiple images costs virtually nothing. Sharing pictures with friends and family has never been easier. Underwater digital photography is fun. SeaLife cameras and strobes are relatively inexpensive and free computer programs have made digital imagery accessible to everyone.