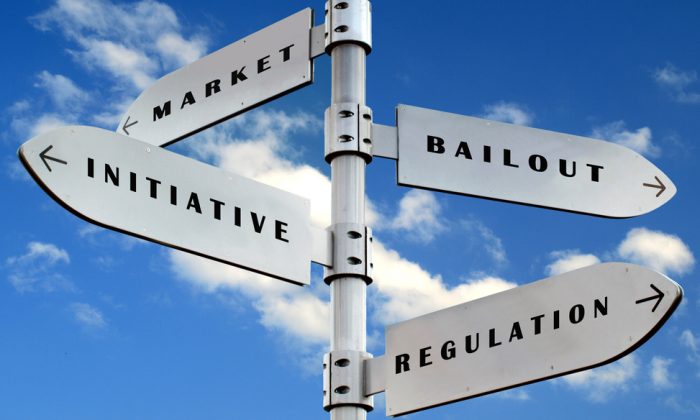 Understanding the Limits of Financial Regulation

The decision by the Coalition government in Canberra to push forward with plans to reform the regulatory regime around the provision of financial advice has received strong opposition from a number of quarters. The Future of Financial Advice (FOFA) was originally the product of a Labor government seeking to address the consequences of high-profile corporate scandals and now their appropriateness and effectiveness is being called in to question.

In addition to a number of tweaks to provisions addressing conflicts and fees, perhaps most controversial is the government’s proposal to eliminate the catch-all requirement, included alongside a laundry-list of detailed prohibitions and mandates, that an adviser always act in the ‘best interest” of his or her client. There would seem to be nothing objectionable to that in principle and most clients would be shocked to have an adviser look them in the eye and say quite frankly that the advice they were providing was not in their best interest.

What is important to keep in mind, though, is the purpose of financial regulation and what the impact of open-ended, catch-all provisions is on how business is actually done day-to-day. A regulatory regime is a specially-crafted set of rules and procedures for a particular industry – in this case, financial services – that sits on top of the older and broader legal system which is of general application to the sum total of human activity. Where the statutes and judicial decisions that demarcate the boundaries of common law and equity are general in scope and to a large extent backwards looking, financial regulation is highly specific and meant to map very closely what is done in the industry currently and in the foreseeable future.

The difficulty with broad, vaguely drafted catch-all provisions becomes clear when you understand how they will be applied in practice. Imagine a rule with 17 specific requirements and prohibitions. The firm or individual seeking to comply with that rule proceeds to ensure that they are on the right side of each element. Sometime later, a regulator looks at their actions and determines that, even though fully compliant with the 17 explicit provisions, there is still for some reason something wrong in hindsight with what has occurred. But if the point of a financial regulatory regime is to be as specific as possible, what purpose does such a catch-all provision serve, especially considering that there are well-developed bodies of law, including the laws of fraud and misrepresentation, which already exists and can be relied on whenever needed?

In that light, such vague provisions can be seen as simply a “do-over” for regulators unable or unwilling to build out their case under the more explicit and detailed sections of the rulebook.

It is easy to confuse “more regulation” with “better regulation.” With every financial crisis there is the battle cry for more rules! What is actually needed in many cases is simply rules that more correctly reflect the actual problems and inefficiencies and pitfalls that have developed in the market recently. The sheer number of pages in the rule will tell you very little about how effective oversight will be.

Opponents of the Coalition’s reform proposals will say that their goal is iron-clad protection for consumers. Clearly, an admirable aspiration, when taken by itself. However, let’s not forget that the purpose of a financial regulatory regime is not to bring the level of risk down to nil. Of course, it is possible to do this, but then the volume of transactions will decline sharply and the vast financial machine of investment and savings would sputter to a halt. Instead, the goal is to maintain a level of investor protection that is acceptable while fostering a financial system that provides the economic goals, such as growth, that have been deemed essential for national prosperity.

Where specific changes to specific rules are needed, then this can be made discreetly and with great effect. Vague catch-all provisions that in effect give regulators after-the-fact a second bite at the apple to focus on actions not previously identified as problematic merely serve to place clouds over firms and individuals that impede decision-making and create uncertainty for little clear purpose.

Timothy Spangler does not work for, consult to, own shares in or receive funding from any company or organisation that would benefit from this article, and has no relevant affiliations. This article was originally published on The Conversation. Read the original article.