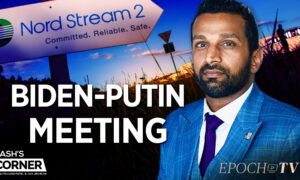 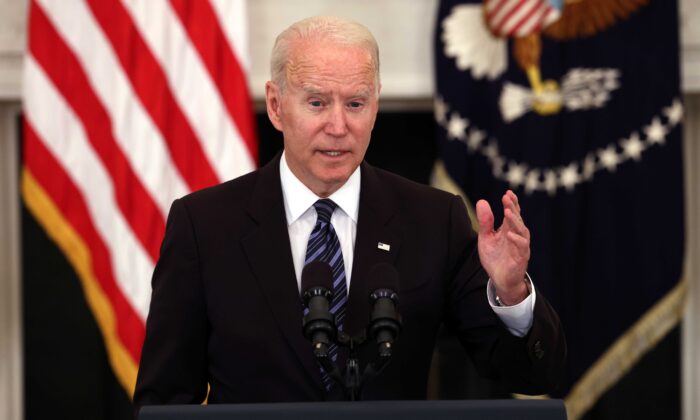 President Joe Biden walked back the implied threat of a veto on his bipartisan infrastructure deal amid pushback from Republican lawmakers who accused him of reneging on his promise.

In a statement released by the White House, Biden said that he “understandably upset some Republicans” when he told reporters he’d only sign the $1.2 trillion infrastructure deal if Congress passes another multitrillion-dollar deal known as the American Families Plan, which is backed only by Democrats. Biden made the comments about the American Families Plan just hours after he appeared alongside a bipartisan group of senators at the White House and announced they’d struck a deal.

“My comments also created the impression that I was issuing a veto threat on the very plan I had just agreed to, which was certainly not my intent,” Biden said during the press conference. “I indicated that I would refuse to sign the infrastructure bill if it was sent to me without my Families Plan and other priorities, including clean energy.”

Republicans had balked at the president’s suggestion that he wouldn’t sign one bill without the other.

That drew sharp criticism from Sen. Lindsey Graham (R-S.C.), who wrote on Twitter in response, “No deal by extortion!”

Biden then sought to clarify his remarks via the White House release. Now, according to the president, the agreement “does not preclude Republicans from attempting to defeat my Families Plan.” He said, “The bottom line is this: I gave my word to support the infrastructure plan, and that’s what I intend to do.”

In his White House statement, Biden also noted that Democrats have announced they would oppose his infrastructure deal because it leaves out their agenda items.

“That is a mistake, in my view,” he stated. “Some Republicans now say that they might oppose the infrastructure plan because I am also trying to pass the American Families Plan: that is also a mistake, in my view. I intend to work hard to get both of them passed, because our country needs both—and I ran a winning campaign for president that promised to deliver on both. No one should be surprised that that is precisely what I am doing.”

Eleven Republicans and 10 Democrats back the bipartisan deal, significantly raising the odds that it gets passed in the Senate. Previously, GOP senators have invoked the filibuster, which requires 60 votes to overcome what they have described as contentious legislation passed by Democrats in the House.