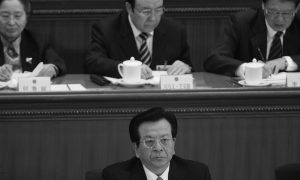 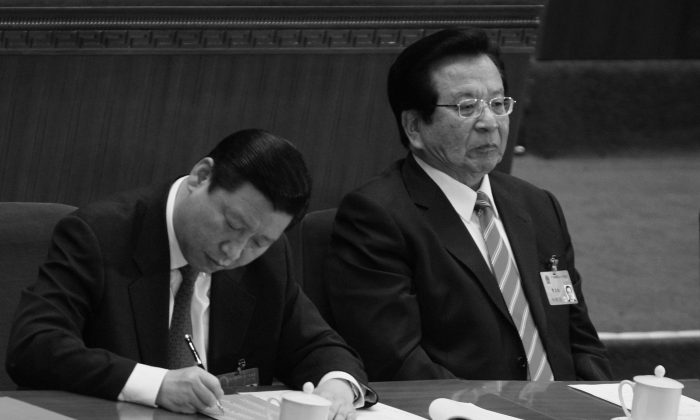 Underling of Top ‘Tiger’ in China Puts Up Stiff Fight

A secretary for former Chinese vice chairman Zeng Qinghong has just taken the fight to the Party’s anti-corruption watchdog, during a meeting with reporters at the annual Party conclave in Beijing on March 5, when he was critical of its recent moves.

Shi Zhihong, the former secretary of Zeng and also a representative to the Chinese People’s Political Consultative Congress (CPPCC), a faux legislature that is supposed to provide suggestions on Party policies, said that the ongoing anti-corruption was going nowhere, and that rampant speculation on the fate of Zeng Qinghong was false.

Specifically, Shi pinned blame on interpretations of a piece published by the Central Committee for Discipline Inspection, the Party’s antigraft agency, on Feb. 25 this year. The article discusses prince Yikuang in the Qing Dynasty, and his notorious reputation for political corruption.

Communist Party propaganda often uses historical allusions and references to mask contemporary political points. In this case the article was widely read to be an allegory for the malfeasance of Zeng Qinghong, a well-known backroom operator in the Party. For some time now, Zeng has been rumoured to be in the Communist Party dog house, given Xi Jinping’s political purge of all officials associated with former leader Jiang Zemin. Zeng was Jiang’s right-hand-man.

“Speculation is just speculation. Don’t believe in any of the rumors,” Shi told reporters. “Reports by overseas media, whether they mention anyone by name, even if they have vivid descriptions of somebody, or perhaps it is widely reported, none of these are worth anything.”

An article by commentator Tung Po-leung, in Hong Kong’s Oriental Net on March 8, pointed out that since Shi was so desperate to prove the innocence of his former boss, it could mean the opposite—that the net may be closing on both of them.

Shi continued his monologue with a decidedly more pessimistic tone, suggesting that the anti-corruption campaign was slowing the economy, and that since corruption is so widespread in China, it would be difficult for the campaign to bear fruit anyway.

Back in January this year, Party leader Xi Jinping said that the antigraft struggle continues to be “severe and complicated.”

Shi’s remark, first reported by Caixin on March 5, a liberal magazine in China, was remarkable given the current political climate, according to Xia Xiaoqiang, a columnist for the Chinese edition of the Epoch Times.

“Caixin is strongly affiliated with the political group headed by Xi Jinping, and the fact that Shi’s remark was not censored means that Xi is in full control politically,” said Xia. “Such high-profile reporting on Zeng Qinghong means that Xi could move in on both Zeng and Jiang Zemin any time now.”