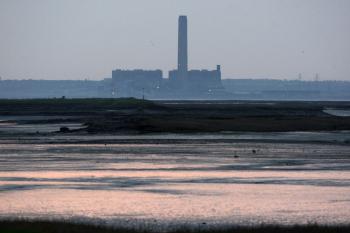 By Marco t'Hoen
Print
WOERDEN, The Netherlands—A small town in the south of Holland will become the testing ground for a new experiment, in which carbon dioxide (CO2) is pumped into exhausted gas fields, which are over one mile under the ground, for storage.

The aim of the effort is to reduce the emission of CO2, which is believed to contribute to global warming. But both local residents and environmental organizations have expressed concern.

The CO2 is created by a Shell hydrogen factory in Pernis, after which the CO2 will be compressed and sent through an underground pipeline of 10.6 miles to the city of Barendrecht, where the compressed CO2 is injected into the ground.

Royal Dutch Shell calls the project in a press release a “small CO2 storage project,” but residents of Barendrecht have opposed the plans of the last few months, being concerned over health risks and properties losing value.

Also environmental organizations have voiced concerns. “Greenpeace watches with sad eyes the cabinet keeping the climate-harming oil and coal industry on its feet by providing huge subsidies,” according to a Greenpeace press release.

If the test with the CO2 storage is successful it is likely that more empty gas fields will be used for gas storage. According to the Shell press release, CO2 is already being pumped and stored under the North Sea.