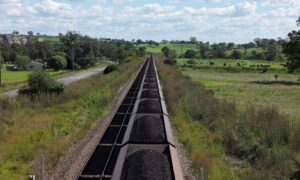 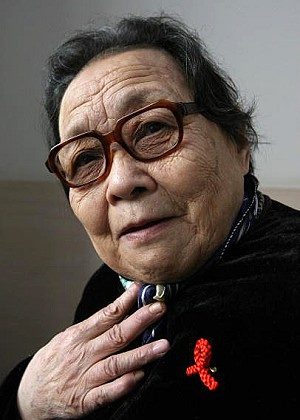 HONG KONG—Although Chinese authorities made a high-profile media show of forbidding illegal blood sales since the disclosure of the practice in Henan Province's AIDS-stricken villages, such blood collection and sales continue clandestinely as an underground operation and extend beyond Henan, according to renowned Chinese AIDS activist Dr. Gao Yaojie.

In an interview with the Hong Kong newspaper Mingpao, Gao stated that after the incident of unsafe blood sales in Henan's AIDS villages was exposed, the Chinese communist regime made a surface effort to prevent AIDS. Moreover, a black market blood-sales village, Wenlou Village was selected as a model for Hu Jintao, the head of the Chinese regime to visit. However, the problem was not truly solved.

Gao stressed that blood sales are not a problem for Henan only, as illegal blood selling has spread to Guizhou, Shanxi, and Guangdong provinces. It has become a nationwide problem.

According to Gao's knowledge, blood sales in Henan have gone underground. The blood sales stations start operating at midnight and closing around 6 a.m. the next morning. Outsiders may not be able to find out where the stations are, but those villagers who want to sell their blood all know very well where to go.

Gao pointed out that one reason the blood sales are so active is the high profit. Villagers can sell 800 ml (1.69 pints) of blood for 80 yuan (US$10.65). This is considered a significant income for the poverty-stricken locals.

On the other side of the coin, many doctors without conscience, to make high profits, order blood transfusions for those who don't need any. As a result, the blood bank suffers from chronic low reserves, which indirectly inflates the price of donated blood.

Gao also pointed out that many unscrupulous doctors cheat their patients by saying that they can cure AIDS. Not only do they take away AIDS patients' money, but they also use ineffective quack treatments, which worsen the patients' conditions.

As for her own situation, Gao said, the Chinese regime acted friendly toward her on the surface. “They even gave me a camera and a cell phone,” but they only did this to please her in the hope that she would say some good words about Henan's AIDS prevention efforts.

Gao stressed that in fact the surveillance of her has never let up. The local authorities have set four closed-circuit TV monitors around her home and her phone is tapped. Although she still has freedom to move around at this time, the police follow her outside of her house. Reporters from Henan have been not allowed to interview her. After she was selected as the recipient of the annual “Touching China” award by state-controlled television, even reporters from Beijing have been forbidden to interview her.