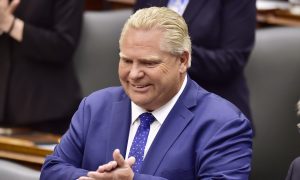 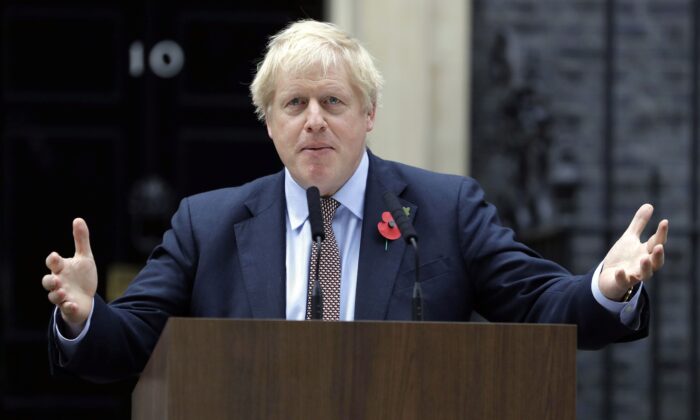 Underestimated by the ‘Smart Set,’ Boris Johnson Has So Far Delivered

Nearly two decades ago, P.J. O’Rourke demanded in The Atlantic Monthly: “How could any part of America elect a professional wrestler as governor? Why isn’t he noticeably worse than other governors?” He meant Jesse “The Body” Ventura, whose gubernatorial tenure in Minnesota represented the only significant electoral win on behalf of Ross Perot’s long-forgotten Reform Party and ended with governor and voters booing one another. But the populism he represented continues to flourish as well as baffle.

How can it happen? And why isn’t it worse than what the professional class and its claque of pundits offers?

To liberals in the United States, the only thing more surprising than Donald Trump’s politics is that they can’t beat Donald Trump. And now in Britain we have Boris Johnson, who the smart set see as a rumpled political joke who somehow shambled into 10 Downing St., secure a plausible Brexit deal, get an extension from the EU, and persuade Parliament to grant an election.

As I’ve already argued in a previous Epoch Times article, the requirement of a two-thirds vote in Parliament for a new election is constitutional rubbish. But it exists by law, and Johnson did it. Along with all the other things that eluded British establishment figures like Theresa May and David Cameron, whose cunning cooked up the referendum to bury the issue of leaving the EU once and for all.

One photo meme shows Johnson on a park bench, characteristically dishevelled, with a stylish woman (actually BBC journalist Laura Kuenssberg) saying things like “You say your name is Boris, you’re the Prime Minister of Great Britain, and your job is to lead the country out of the European Union. Is there a friend or relative I can call to come and collect you?”

Ha ha. But Alexander Boris de Pfeffel Johnson has prospered politically in part by being underestimated as well as in part just by being himself. Or perhaps the two go together organically. Only he, as mayor of London (2008-16), would (a) zipline into a 2012 Olympic celebration (b) get stuck in midair and (c) come out looking better than he went in. But there’s more to it.

Johnson really is a man of the people. He thinks more like the man at the pub than the man at Oxford, despite having himself attended Oxford after Eton prep school.

Remember, Johnson’s whole thing isn’t to stop Brexit, it’s to deliver it. And it looks as though he will. Of course, there’s many a slip between the cup and the lip and it could all still unravel, including if he loses the election in December. But he probably won’t, even if Labour had a better leader than Jeremy Corbyn. And besides, there’s something about the rise of populism that brings out the worst in its foes, hence the Democrats in 2016 running Hillary Clinton who disparaged a vast number of swing voters as a “basket of deplorables” at a key moment in the campaign.

What’s going on? In the United States, how can Trump look increasingly plausible for re-election when he never looked plausible for election and, in office, has fulfilled the expectations of his most ardent supporters and his bitterest enemies in roughly equal proportions? And the same can be asked regarding Johnson in the U.K.

The interview with Johnson on the park bench that gave rise to the meme was actually conducted before he became prime minister but after he’d resigned as foreign secretary in protest over May’s botching of Brexit. And the immaculately dressed and coiffed BBC journalist took a very dim view of Brexiteers, including giving Johnson what she thought was a rhetorical smackdown. It just didn’t work.

One possible answer is that the smart set has all the right manners and all the wrong answers. Johnson may be filling a vacuum. Even giving due credit to his often underestimated talents, his seeds seem to have fallen on surprisingly fertile political soil.

When I say “possible answer” I mean intellectually, not culturally or politically. Which is key to the situation. In large measure, because the question cannot be asked in polite company, it is not being answered successfully there either and thus it does not stop.

Including in the United States, where Democrats have been asking themselves which of us shall defeat Trump in 2020 and pundits have been asking themselves the same question, and only lately has the unpleasant suspicion begun to dawn that none of them may be able to. The radicals are too radical, the moderates too boring. And they are out of step with the ideas and sentiments of far too many regular folks, especially those lower down in society who they assume they speak for but increasingly rarely speak to.

“Boris,” as Johnson is widely known, was mayor of London, and successfully enough that it should have alerted his national rivals. Even though greater London was the part of England that voted Remain in 2016 while the rest of the nation voted Leave. (I say England, not Britain; both Scotland and Northern Ireland also voted Remain though for dramatically opposed reasons.)

But Johnson’s people, like Nigel Farage’s, are those who feel increasingly at odds with modernity, with a globalism that undermines community and increases inequality, especially in an era where big government has created a complex system that offers rich rewards for those skilled at navigating it but is stifling or even crushing for those who are not.

Jesse Ventura was not a successful or happy governor. But his predecessors and successors have not done better. And if Barack Obama was as much better than Donald Trump as the smart set think, and as he ought to have been based on all sorts of obvious factors, why did Americans react to his presidency by electing Trump?

Until this question can be asked seriously, it can’t be answered.