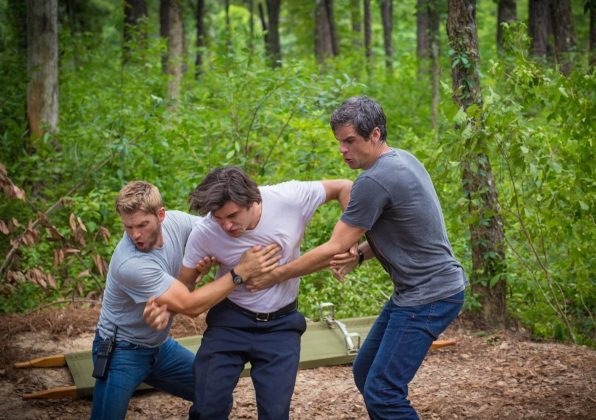 Under the Dome Season 2 Finale: Air Date, Time, and Spoilers; Any Season 3 News?

Under the Dome season 2 is nearing the end as the second-to-last episode was set for Monday night.

“When a new threat from the Dome intensifies, the residents of Chester’s Mill find themselves at risk of being crushed to death. Meanwhile, Melanie’s health continues to deteriorate as the fate of the egg remains unknown,” ABC teased.

The network has also released a description of the season finale, which will air on Monday, September 22 at 10 p.m. EDT. It’s titled “Go Now.”

“A potential exit from the Dome is revealed just as the walls begin closing in on those trapped in Chester’s Mill,” it says.

CBS has not announced whether Under the Dome will be renewed for a season 3, or cancelled.

The ratings indicate that a renewal could happen, but isn’t a sure thing.

Season 1 had tremendous success, debuting to 13.5 million viewers and averaging about 11 million the rest of the season

Season 2 has dropped fairly significantly to an average of 7.1 million overall and 1.6 million in the key 18-49 demographic, although that’s still good enough for a renewal. It’s likely that the show gets renewed, but not for more than one season.

CarterMatt agrees with his assessment.

“There is also one other question that we wonder right now: Whether or not the show will end things on a cliffhanger,” it said. “Our personal feeling is that you renew the show, make season 3 the last one, and give it a proper ending. With this premise, there has to be a limited shelf life to keep it from getting stale.”

For now, CBS seems to be hinting at a renewal, billing the September 22 finale as the season 2 finale instead of a series finale.

That will give fans some hope because producers are leaving season 2 to end on a cliffhanger.

Rachelle Lefevre (Julia) told TVLine that the finale “is not a satisfying end to the show.”

Mike Vogel (Barbie) added that “it’s certainly set up to” lead into a season 3.

As for possible plot spoilers, Lefevre said: What it is set up to do [in Season 3] is create the idea of a new world and a broadening of the scope of the show, and so our [Season 2] finale is designed to hint at where the show is going to go and what the new mythology is gonna be like.”

Executive producer Neal Baer did tell Assignment X that some of the long-running questions will be resolved by the end of season 2.

“We’re definitely going to answer questions, as was asked before about Barbie. What was Barbie doing there? We’re going to answer things for sure over the period of this season, but of course, there will be new questions. But we will really answer what that egg is this year. We’re going to understand that egg,” he said.

Baer also said this summer that he has a plan for three to five seasons. “We have great adventures ahead,” he said. “We’ve set it up so we can keep going. We have a lot of stories left to tell.”

Baer did tell Digital Spy recently that the ultimate ending is “in flux.”

“It changes as the show continues. I don’t really know [how it ends] – we have certain ideas that we can do, but it’s in flux.”

He had said previously that they knew how the show would end and that it was different from the book.