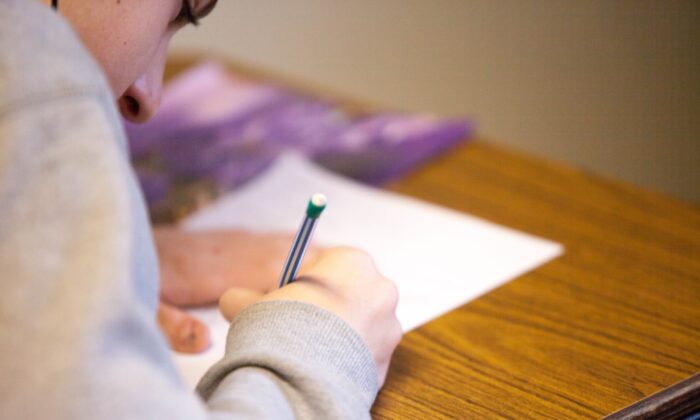 Even though there is plenty of evidence debunking modern education fads, they remain pervasive in the public education system. (Ben Mullins/Unsplash)
Canada

It should. Lynden Dorval was the high school physics teacher who was fired 10 years ago by the Edmonton Public School Board for defying his principal’s no-zeroes grading edict. Dorval thought it was ridiculous that teachers couldn’t penalize students who chose not to hand in assignments. He decided to push back.

Most people agreed with Dorval. Not only did public opinion polls show overwhelming support for his position, but a provincial appeal board later ruled that he had been treated unfairly by his employer. In short, Dorval won his case, although it was far from easy.

The good news is that no-zero policies are much less common today than they were 10 years ago. Back in 2012, education consultants were pushing no-zero policies on schools across North America and many administrators decided to adopt this policy. In some provinces, notably Newfoundland and Labrador, no-zero edicts became universal.

Fortunately, the negative publicity about Dorval’s firing meant that no-zero policies were subjected to serious scrutiny, and most people didn’t like what they saw. While education consultants and administrators felt it made perfect sense to prohibit teachers from giving zeroes, the general public found it hard to believe that anyone could think this was a good idea.

No-zero policies are the brainchild of assessment gurus who claim that report cards should rigidly separate student behaviour from their academic achievement. They maintain that because handing work in late, cheating on assignments, or not submitting an assignment are behaviours, they should not impact a student’s final grade in the course. Instead, teachers were expected to assign marks only on the work that comes in.

In the fall of 2012, my research report, “Zero Support for No-Zero Policies,” was released by the Frontier Centre for Public Policy. This report showed that no-zero policies were unsupported by research and that the commonly used arguments to defend the policy lacked substance. Simply put, no-zero policies were more about pushing progressive ideology on schools than about educating students and holding them accountable for their work.

As I pointed out in my report, anyone who teaches in a real classroom with real students knows that no-zero policies almost never work. The moment students find out that they can hand in their work any time or not at all with no penalty, teacher deadlines become meaningless. This outcome is obvious to pretty much everyone.

While we should be glad that no-zero policies have largely been abolished, we cannot afford to become complacent. That’s because no-zero policies are but one example of education fads pushed on schools. From discovery math to open-area classrooms to the three-cueing system of reading instruction, teachers are bombarded with bad ideas.

The reality is that even though there is plenty of evidence debunking these education fads, they remain pervasive in the public education system. That’s because evidence alone will not result in a policy change. Without publicity, it’s nearly impossible to drive these fads out of our schools.

It was, for example, only after Lynden Dorval became a household name that no-zero policies finally received the public scrutiny they deserved. Similarly, the Ontario Human Rights Commission’s (OHRC) “Right to Read” report’s devastating critique of the three-cueing approach has, at long last, awakened the public to a longstanding problem with reading instruction in that province.

It didn’t take long after this report came out for the Ontario government to promise a complete overhaul of its Kindergarten to Grade 8 literacy curriculum. This shows that the best way to get meaningful changes in education policy is to publicly expose the useless fads that hold many students and teachers hostage.

There is a reason why the vast majority of education fads are developed by education professors and consultants rather than by regular classroom teachers. Most classroom teachers, particularly those with years of experience, are more interested in doing what actually works than in pushing fads that don’t work.

If we want to get rid of useless education fads, we need to expose them to the public. Parents and teachers can often spot bad ideas faster than many education professors and school administrators. Good teachers like Lynden Dorval need the help of citizens to clear away the many obstacles that stand in the way of good teaching.