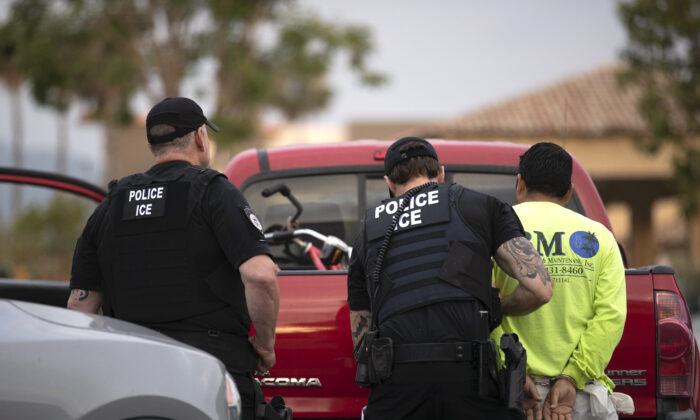 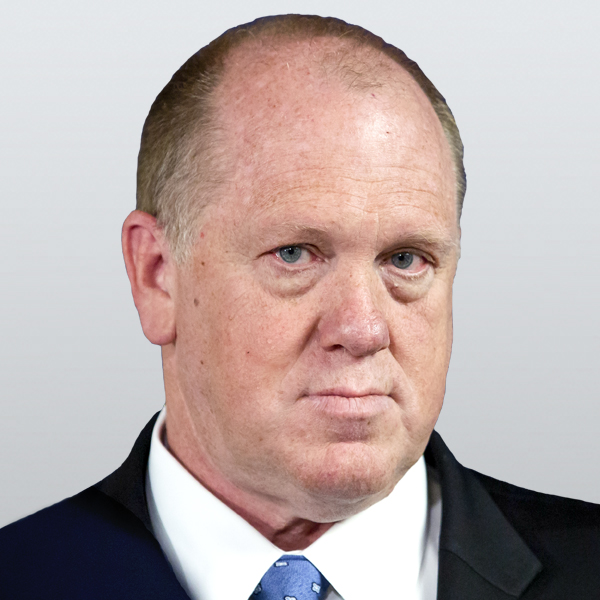 I have said for the past two years that when they’re in power, the anti-border left would never abolish Immigration and Customs Enforcement (ICE) outright. Instead, they’d just cripple the agency with a lack of funding and policies that would tie their hands.

I enforced the immigration laws for nearly 35 years, and I know the political games of Washington. The new administration in power is following this strategy to force immigration officers to defy court orders and betray the core mission of their agency.

As I predicted, immigration enforcement has been cut by more than $300 million, mostly in detention funding and transportation costs. These two funds are needed to detain and move illegal aliens. Recent new instructions sent out on Feb. 18 by ICE headquarters make it so that the agency’s officers and agents are unable to do their job. It’s a page out of the Obama administration playbook when it crippled ICE enforcement in Fiscal Year (FY) 2013.

The priorities then were so strict that we were unable to spend more than $200 million of the budget Congress had given us to enforce our nation’s immigration laws. There’s a significant difference between having limited resources and prioritizing the use of resources given, and tying the hands of sworn law enforcement officers to the point of them not being able to do their jobs. It’s disgusting, and I hate to see it happening all over again, but this time it’s much worse.

They say this narrowing is needed because of limited resources. That’s a lie. In FY12, ICE arrested and removed more than 409,000 aliens. In FY20, they arrested just over 103,000. They did 25 percent of the work they did in FY12 with the same resources and manpower. Therefore, their resources aren’t limited. In fact, they have plenty available in this current climate. Also, consider that the new priorities limit who ICE has arrested in the past by 90 percent; they in effect have reduced the already 25 percent less work by another 90 percent. ICE actually has little to do under its current directives.

ICE officers are now ordered to defy a court order, issued by U.S. District Judge Drew B. Tipton of the Southern District of Texas, that granted (pdf) the state of Texas’s motion for a preliminary injunction against the new administration’s 100-day moratorium on deporting aliens who—very often because of their criminal activity—are subject to a final order of removal.

The judge agreed that the deportation ban is unlawful. The court held that, though the ban amounts to an administrative rule that controls what immigration enforcement agents may and may not do, it didn’t go through the notice-and-comment process required by law, and thus was void when issued. The court also held that the ban constitutes a blanket refusal by the administration to enforce the law requiring aliens unlawfully in the country to be deported, and thus is contrary to law, and that the ban was never rationally explained by the agency, and thus is arbitrary and capricious.

I have a copy of an email that went out to field offices on Feb. 4 that instructed ICE offices on how to prioritize arrests and to use the same prioritization of those removed on existing and planned flights. This instruction directly defies Tipton’s ruling. The email sent by Acting ICE Director Tae Johnson will greatly reduce ICE’s ability to arrest and deport removable aliens. Those instructions were reissued by official memorandum on Feb. 18 (pdf).

Simply put, the instructions make it so that the Immigration and Nationality Act is no longer the law of the land, but rather the policy whims of the Biden administration. The instructions sent to senior officials direct an immediate and major limitation in enforcement. Agents who have sworn an oath to enforce the immigration laws enacted by Congress are now instructed to turn a blind eye to those who are illegally in the country.

Sworn law enforcement officers are no longer able to enforce the law, but rather, they are now restricted to only enforcing the law against those convicted of the most serious offenses. What kind of message does that say to the rest of the world who want to come here illegally? It says, get here by any means possible, just don’t be convicted of committing a serious crime after you get here, and you are home free.

I’m also in possession of another email that canceled a planned sexual predator operation last month. On Feb. 3, another email went out to the field shutting down national Operation Talon, that sought to arrest at-large illegal aliens with sex crime convictions to include child molestation. Thousands of investigative hours go into planning for these operations from identifying targets, to locating them, to ensuring appropriate coordination with other law enforcement entities.

These latest instructions will add to the enticements already out there and promised by the Biden administration that are causing a surge right now. The Border Patrol is catching more than 3,500 illegal entries per day. They are calculating that the crossings are well over 4,000 a day because many get away. Do the math. That is greater than 120,000 illegal entries per month. When Mexico ends the Title 42 COVID-19 restriction very soon, those numbers will skyrocket to more than 5,000 per day and 150,000 per month.

Per the new instructions, agents will no longer seek to deport immigrants for crimes such as driving under the influence (DUI), assault, and burglary. The email says, “Generally, these convictions would not include drug-based crimes (less serious offenses), simple assault, DUI, money laundering, property crimes, fraud, tax crimes, solicitation, or charges without convictions.”

What? Why is the Biden administration excusing crimes like assault or breaking and entering? I guess those crimes are no longer important, except if you are the victims of those crimes.

Mothers Against Drunk Driving claims that a person drives drunk about 80 times before they are actually convicted of DUI. If ICE encounters you after you’ve driven drunk—which we should all be able to agree is a threat to public safety—it’s your lucky day because the Biden administration doesn’t consider you a threat to our communities even though more than 10,000 people die every year from DUIs.

In addition, agents can no longer conduct at-large operations of criminal aliens who are in the general public and are absolutely a public safety threat without prior approval from the field office director. The officer has lost his trained ability to use his own discretion. Do police officers or a sheriff’s deputy need to get approval from the chief or sheriff to enforce the law on each arrest? Of course not. This is a ridiculous proposition, blatantly imposed to strip officers and agents in the field of any authority to do their job.

And let’s not forget, ICE officers are also being instructed to not execute a federal judge’s order to remove someone. There are 672,000 immigration fugitives in the United States right now who have had due process at great taxpayer expense and have been ordered removed by the courts. Those orders are now meaningless because they won’t be carried out as required by law. What would happen to you or me if we ignored a judge’s order?

Acting Director Johnson and the other leadership at ICE are great officers and I know them well. The acting director is forced to do things he disagrees with, and it’s unfortunate, because I know what it’s like to be in his shoes, having to execute a difficult mission within a restrictive and politicized framework. He has, along with the men and women of ICE, an important public safety job that they’re not allowed to carry out.

Thomas Douglas Homan is the former acting director of Immigration and Customs Enforcement and a senior fellow at the Immigration Reform Law Institute.

Thomas Homan
Follow
Thomas Douglas Homan is the former acting director of immigration and customs enforcement and a senior fellow at the Immigration Reform Law Institute.