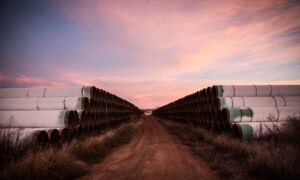 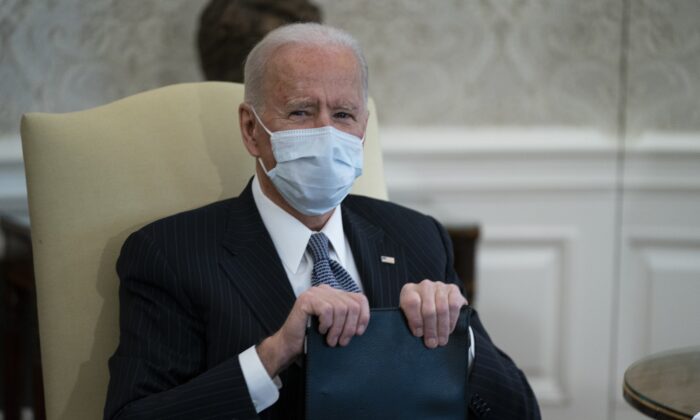 Under Biden, Green Job Lies Flow Instead of Oil; Unemployment May Soon Be the Only Gusher

Even as they are putting people in coal, gas, and oil fields out of work, President Joe Biden and his climate policy team keep telling lies about how their policies will create enough good-paying green energy jobs for the newly unemployed.

For instance, at a Jan. 27 press conference held to announce multiple executive orders (EO) issued by the president to fight climate change, his climate envoy John Kerry said that coal, gas, and oil workers who are being forced out of their jobs because of the EOs should have made “better choices” concerning their field of work. Fortunately, Kerry went on to say that coal, natural gas, and oil workers can “go to work to make the solar panels.”

While The Washington Post has been a reliably pro-Biden voice since before the election, even it is calling out Kerry’s green jobs claims. The newspaper gave Kerry’s statements two Pinocchios, a rating indicating that even if Kerry wasn’t outright lying, his statements represent “a great example of how some ‘facts’ can be misleading when taken out of context.”

The U.S. Bureau of Labor Statistics (BLS) reports there won’t be nearly enough green jobs created by Biden’s policies to replace those of coal miners and oil and gas field workers made unemployed due to his inane effort to prevent climate change.

The wind and solar industry have grown at a rapid rate in recent years. However, BLS estimates by 2028, 10,400 new wind turbine technician and solar panel installer jobs will be created in total. During the same time period, Biden’s climate policies are expected to put more than 50,000 workers in the coal industry, and tens of thousands of more workers in the oil and gas industries, out of work. Biden’s Keystone XL pipeline shutdown and his prohibition on new oil and gas leases on public lands has already resulted in layoffs of more than 1,000 workers.

Also, wind and solar jobs don’t pay as well as jobs associated with fossil fuel production. The median wage for coal miners in 2019 was $59,000 annually. This is $8,000 above the average annual national private sector salary of $51,000. By comparison, BLS data show the median pay for solar installers in 2019 was approximately $45,000 ($6,000 below the national average), and the median wage for wind technicians was $53,000 annually.

The pay differential between solar and wind jobs and jobs in the oil and gas industry is even greater. The Department of Energy reports that oil and gas industry jobs pay $112,000 per year on average—more than double the average salary of a wind technician, 148 percent higher than that of a solar installer.

So much for jobs in the wind and solar industry representing “better choices” for workers.

This leads us to Biden’s other lies concerning all the new jobs his climate policies will create. Biden said one of his executive orders will “harness the purchasing power of the federal government to buy clean, zero-emission vehicles that are made and sourced by union workers right here in America. … This will mean one million new jobs in the American automobile industry. One million.” One million jobs is more than the total number of jobs manufacturing cars and trucks today!

The Associated Press, which is normally a reliable voice in support of climate alarmism, pointed out that Biden’s claim was false. AP reported that Biden’s electric vehicle job creation claims omit “important context and used fuzzy math” and, as a result, Biden’s policies “probably will mean fewer net auto-making jobs.”

Why? Because as U.S. automakers shift toward making more electric vehicles, they will be making fewer gasoline-powered cars and trucks. Thus, rather than creating new manufacturing jobs, workers will simply shift from assembling vehicles with internal combustion engines to cars and trucks with large battery packs.

However, it’s not a one-for-one job switch. As Kristin Dziczek, vice president at the Center for Automotive Research, explained to the AP, “[As] electric vehicles generally have 30 percent to 40 percent fewer parts and are simpler to build, fewer workers will be needed to assemble them.”

In addition, it’s easier to automate battery pack construction and installation, meaning robotic machinery will replace many workers on the shop floor. And the jobs remaining after Biden’s electric vehicle pipe dream comes to fruition will pay less. The AP discovered “automakers pay workers who assemble batteries less than they pay those who manufacture vehicles.”

To sum up, Biden’s forced shift to electric vehicles from gas-powered cars and trucks, which people evidently prefer based on the numbers purchased absent government coercion in the market place, will result in fewer well-paying jobs in the auto industry, not more.

Biden’s climate policies are a disaster for U.S. energy independence, which former President Donald Trump’s policies brought about, and for workers. Shame on Biden and Kerry for betraying American workers and the public and for lying to them about it.