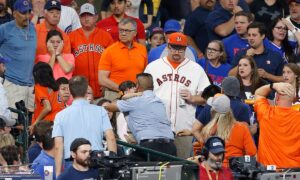 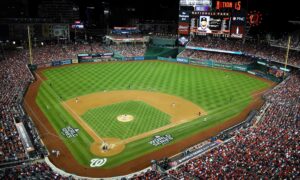 Cheating in Baseball: Past, Present, and Future
0 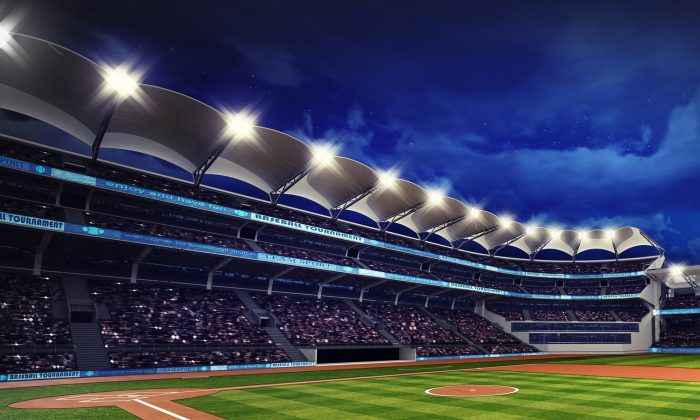 Under 1% of MLB Employees Test Positive for Virus Antibodies

NEW YORK—Just 0.7% of Major League Baseball employees tested positive for antibodies to COVID-19, the illness caused by the CCP virus.

The small number of positive tests, announced Sunday, was taken as positive news by a sport pushing ahead with plans to start its delayed season. MLB employees have been able to protect themselves from infection, but this means almost all remain susceptible to the virus.

Dr. Jay Bhattacharya of Stanford, one of the study’s leaders, said the prevalence of the antibodies among MLB employees was lower than for the general population during testing in New York, Los Angeles, the San Francisco area and Miami.

“I was expecting a little bit of a higher number,” Bhattacharya said during a telephone news conference. “The set of people in the MLB employee population that we tested in some sense have been less affected by the COVID epidemic than their surrounding communities.”

Data for players was not separated in the study, and some MLB family members were included.

Spring training was stopped March 12 and opening day was pushed back from March 26 because of the pandemic. MLB intends to give the players’ association a presentation this week for a possible start to the season, and has said frequent testing would be necessary.

Antibodies are produced by a person’s immune system if they have been infected by a virus. These tests are different than the polymerise chain reaction (PCR) tests used to detect active infection.

“By using two different technologies, both PCR to diminish the active virus, as well as the antibody, the serology tests, that will give you better information and may even be able to alleviate some of the concerns with false positives,” said Daniel Eichner of the Sports Medicine Research and Testing Laboratory in Salt Lake City. another of the study leaders.

“So I would definitely advocate if anyone was going to put a program together to get their sport of their work back, is to utilize both different technologies,” he said.

The University of Southern California also participated in the study.

Bhattacharya said MLB employees are younger than the overall population and took protective measures such as frequent hand washing when they reported to spring training in February, earlier than most people.

No MLB employees have been known to have died from COVID-19.

While the percentage of Los Angeles Angels employees with positive tests was the highest among teams, the error margin is too high to draw results because just 123 tests were included from the team.

Bhattacharya called the results “both good and bad news” because they showed the virus has not spread widely in MLB but still has many baseballers left to target. Eichner said results could mean MLB employees had been diligent in use of personal protective equipment, such as masks.

“If this population was social isolating and practicing good PPE, then it shows that that worked and it didn’t get the spread in there,” Eichner said. “And then the flip side of that is that means it’s worked well, then they keep doing it.”

Sixty people tested positive in the raw data, and the figured was adjusted to about 42 to account for false positives and false negatives.

Over 95% of the participants were under 65 and few reported comorbidities, according to Stanford medical student Bianca Mulaney, who authored the study.

The Chicago Cubs, Cincinnati, Colorado and Miami did not participate, Bhattacharya said. A pre-print server will publish the study this week, and it will be sent to a journal for peer review.

Test kits were provided by the Partnership for Clean Competition, which funds anti-doping research, and researchers worked for free.

Mulaney said the prevalence of positive tests for antibodies was higher in areas that have been harder hit by the CCP (Chinese Communist Party) virus, such as New York, and lower in less-impacted areas, such as Ohio.

“This is a special population. It’s not it’s not representative of the American population at large,” Bhattacharya said. “But it’s an important population because it allows us to get a peek at the nationwide prevalence.”