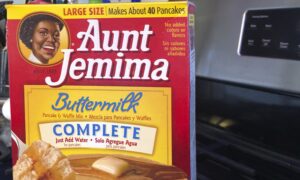 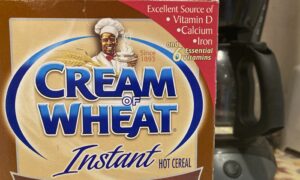 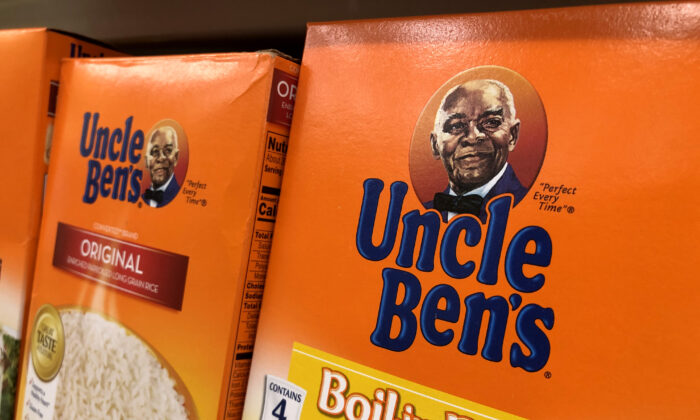 Boxes of Uncle Ben's rice are displayed on a shelf at a Safeway store in San Anselmo, Calif., on June 17, 2020. (Justin Sullivan/Getty Images)
Companies

Mars Inc. is changing the Uncle Ben’s rice brand because of “inequities” linked to the brand.

Uncle Ben’s will be known as Ben’s Original, “signaling the brand’s ambition to create a more inclusive future while maintaining its commitment to producing the world’s best rice,” according to a press release from the company.

“Over the last several weeks, we have listened to thousands of consumers, our own associates, and other stakeholders from around the world,” Fiona Dawson, global president of Mars Food, said in a statement.

“We understand the inequities that were associated with the name and face of the previous brand, and as we announced in June, we have committed to change.”

A Mars spokesperson said in June that the company was evaluating the brand.

“As a global brand, we know we have a responsibility to take a stand in helping to put an end to racial bias and injustices,” the spokesperson said at the time. “We recognize that one way we can do this is by evolving the Uncle Ben’s brand, including its visual brand identity.”

The character was based on a rice farmer from Houston, Texas, whose rice farm regularly won awards because of the quality of the crop, according to the Museum of Public Relations.

Gordon Harwell, who later became president of Uncle Ben’s, was dining in Chicago when he saw a man whose face is now known as Uncle Ben. He decided to name the brand after the deceased farmer.

Mars says on its website that the company entered the rice category in 1942 with a new commercial rice parboiling plant in Houston. The company later became known as Uncle Ben’s.

Mars’s decision comes as other companies decide to drop brands that some believe are racist.

Quaker Foods in July said it was renaming Aunt Jemima, a brand whose “origins are based on a racial stereotype,” a spokesperson said. Land O’Lakes retired Mia, a Native American woman who served as the company’s logo. And Cream of Wheat was reviewing its packaging.

The company plans on launching community outreach programs and assistance for culinary entrepreneurs with the help of the National Urban League.

“Brands have an important role to play as we continue to navigate this moment of reconciliation regarding racial justice, diversity, and inclusion,” Marc Morial, president and CEO of the league, said in a statement released by Mars.

“We’re proud to partner with Ben’s Original as they evolve and embark on a new path with a new purpose, providing black communities here and abroad with more equitable opportunities in education and business.”