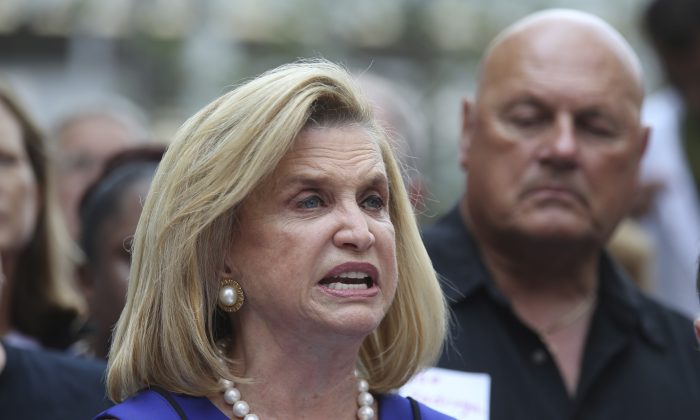 NEW YORK— Fourteen years after the 9/11 attacks, a new round of uncertainty looms for people exposed to the million tons of toxic dust that fell on New York when hijacked jets toppled the World Trade Center.

Two federal programs that promised billions of dollars in compensation and medical care to sick 9/11 responders and survivors are set to expire next year, five years after they were created by Congress.

As Friday’s anniversary of the terror attacks approached, advocates for responders renewed their push for an extension. Bills in the House and Senate would keep the health program going indefinitely while making billions of additional dollars available for compensation for people who fall ill.

But the debate over an extension is taking place in a fog of ambiguity. Many 9/11 responders, like Charles Diaz, are trying to figure out whether some or all of their care might be covered by private, public, or union health insurance plans when the programs end.

Diaz, a retired Sanitation Department police captain, suffered a broken arm when the twin towers fell and was later diagnosed with a cancer that he blames on exposure to dust. Today, he relies on the World Trade Center Health Program to pay for the anti-leukemia drug Sprycel, which has a list price of $10,300 per month.

Who will pay for the drug if the program goes away?

Almost 21,600 people received treatment through the World Trade Center Health Program over the past year, according to federal data, but officials haven’t been able to say how many patients might lose access to doctors or medication if the program shuts down as planned next September.

Most health plans for active or retired city workers do cover cancer care, but some patients can still get socked with thousands of dollars in copayments, depending on factors including availability of worker’s compensation, the strength of their union’s pharmacy plan, and whether they live close enough to New York to be treated by an in-network doctor.

“It’s a very complex world of cost, and a lot of our members just don’t want to go there,” said Dr. John Howard, director of the National Institute for Occupational Safety and Health, which oversees the World Trade Center health program.

Congress initially capped spending on both the health and compensation programs and designed them to close within five years, because of concerns about the cost of caring for so many people, including many with common illnesses that might be unrelated to 9/11.

It’s not clear how much it would cost to keep the program going, although the safety and health institute has offered one speculative estimate of an additional $1.83 billion to $2.22 billion over the next five years.

Since its creation in 2011, the health program has paid out about $411 million in medical and pharmacy bills, according to federal data. But that figure represents only part of the program’s spending.

In its earlier years, the program spent $1.35 on administration and research for every $1 it spent treating and monitoring responders.

A ceremony was planned Friday at the National September 11 Memorial in Lower Manhattan to honor the nearly 3,000 people who died in the attacks. As in years past, the names of the victims will be read aloud and bells and moments of silence will mark the moments that the jets struck and the towers fell.

Thousands of people who have applied for a payment from the 9/11 Victim Compensation Fund, a separate program, are facing a strong likelihood there won’t be enough money to pay their awards in full.

As of Sept. 6, the fund had awarded $1.44 billion to 6,285 people who developed health problems possibly related to the time they spent at the World Trade Center site, the Pentagon, or the Flight 93 crash site in Pennsylvania.

But with at least an additional 11,000 applications still to be fully processed, the fund’s overseer, Sheila Birnbaum, said she believes it will exhaust its entire $2.78 billion appropriation before every claim is fully paid.

Unless Congress appropriates more money, beneficiaries will be paid only a percentage of what they are owed when checks are issued in 2017. Birnbaum said she is still not sure how big the shortfall will be.

Michael Chilton, a former Verizon engineer from Freehold, New Jersey, who retired five years ago after having a chunk of his throat removed during a bout with cancer, said he has already burned through half his retirement savings.

The 55-year-old said he been counting on a payment from the fund to make up for the additional years he would have spent working if he hadn’t gotten sick.

“If they stop this fund, I’m going to be in trouble,” he said.