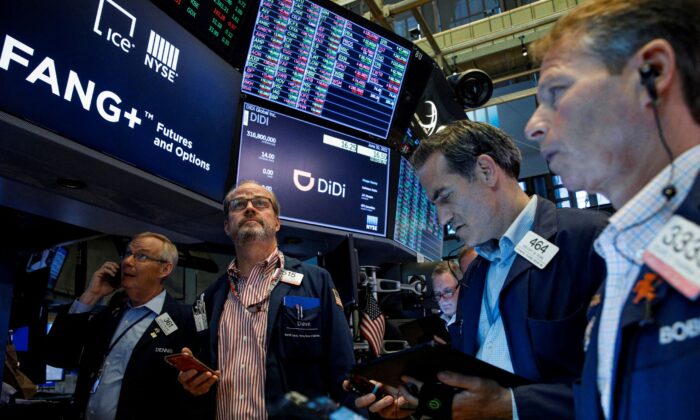 Uncertainty a Boost to Chinese Stocks?

So far in 2022, the Chinese stock market has outperformed expectations.

After spending most of 2021 on the “uninvestable” list, Chinese stocks have been boosted by two external developments.

Last year was punishing for most investors with mainland Chinese exposure. Besides China’s uneven economic recovery due to its restrictive COVID-19 policies, regulators spent the majority of 2021 cracking down on China’s real estate and technology sectors.

More than two months into the year, more support is coming from unlikely places.

The first is policy-driven. After a busy regulatory year in 2021 as the Chinese Communist Party (CCP) introduced new legislation restricting technology companies and forced deleveraging of the real estate developers, 2022 will likely be muted on the regulatory front.

Policy uncertainty is expected to subside this year as Beijing has been delivering a message of stability across the board. No major policy actions are expected heading into this fall’s all-important CCP National Congress where regime boss Xi Jinping is expected to be named to an unprecedented third term as General Secretary of the Chinese Communist Party and the country’s de facto leader.

As more of the Western world sanctions Russia’s economy, its companies, and its people for the ongoing Ukraine conflict, trade and cooperation between Russia and China are expected to significantly expand going forward.

Even as Russia and its president Vladimir Putin have been condemned by countries in the west, China has been steadfast in maintaining its “neutral” relationship with Moscow.

In February during the Winter Olympics in Beijing, Xi and Putin agreed to increase bilateral trade to $250 billion. The two countries also unveiled a new energy supply deal worth more than $120 billion.

Now, are those amounts set to be shattered?

Reuters reported that a Chinese state lender’s Moscow branch has seen a dramatic increase of interest in opening new accounts by Russian businesses.

So far there has only been anecdotal evidence, but it’s unsurprising that more Russian companies and individuals are seeking to do business with Chinese banks given they are increasingly shunned by the rest of the global economy.

Some Russian companies may be forced to transact in Chinese yuan for all foreign trade as major Russian banks were removed from the global U.S. dollar-driven SWIFT messaging system.

This could turn out to be an unexpected boon for Chinese banks, industrial firms, and the yuan currency. The yuan’s adoption has been virtually nonexistent despite Beijing pushing the yuan as a global trade currency for years.

Mom-and-pop retail investors in China are already betting that closer trade between China and Russia will benefit some Chinese companies.

Some of these stocks have risen by the exchange-determined cap of 10 percent for more than a week.

What kinds of companies were being bid up?

An example is Jinzhou Port, which operates ports in China’s northern province of Liaoning. Its stock increased by more than 80 percent in the week following Russia’s invasion of Ukraine. The buying frenzy was so wild that Jinzhou Port had to issue stock exchange-mandated warnings against speculation, stating that the company had not experienced material new business to warrant such massive increases.

Clearly, this type of frenzy warrants caution. Retail investors in China—in a highly controlled media environment—are likely less familiar with the consequences of U.S. sanctions’ impact on Chinese companies. The future may not be as rosy as they may believe.