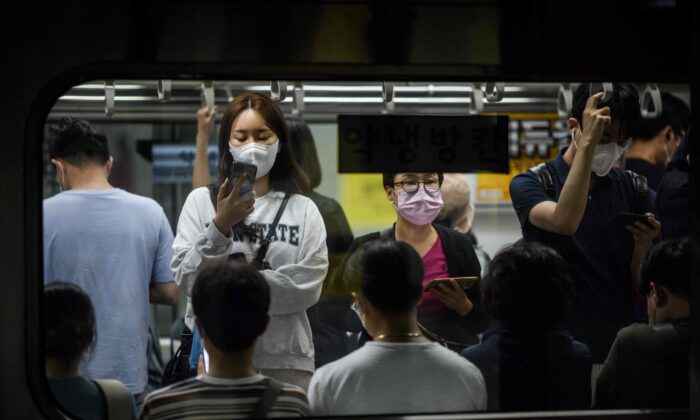 South Koreans have voiced privacy concerns after learning that users of China’s version of TikTok have been recording unauthorized footage of people in public places in South Korea.

A recent post titled, “Do you know that Chinese people take pictures of Koreans secretly?” has been trending on a South Korean forum.

The author claimed to have downloaded the Chinese TikTok app due to an interest in Chinese celebrities. However, this led to the discovery that the Chinese TikTok platform is full of unauthorized recordings of people on the streets and subways of South Korea—where none of their faces or identifying features are blurred out, in violation of South Korean law.

“I had to blur out those faces myself!” the author said when sharing screenshots of the unauthorized footage in the post.

After the post went viral spread, many South Korean media outlets reported the story, such as Chosun Ilbo and Dong-a Ilbo.

“If you put the word ‘Korea’ in the video title [on Chinese TikTok], the click rate doubles,” reported Money Today, a South Korean daily newspaper.

However, a large number of videos on Chinese TikTok show unauthorized images of members of the public, revealing their faces and even sometimes highlighting certain parts of their bodies.

The South Korean legal community has warned that even foreigners may be subject to punishment for repeatedly filming specific people without consent under South Korean law, according to local media.

Kim Ki-yoon, a South Korean attorney who specializes in criminal law, told Money Today, “The photographer will not be punished for simply street filming. However, since the face of a person is also considered personal information, taking videos or photos, and making them public may violate [South Korea’s] ‘Personal Information Protection Act.’”

Kim also pointed out, “If the [unauthorized] photo or video highlights certain parts of the female body, it could also violate [South Korea’s] ‘Sexual Violence Prevention and Victims Protection Act.’”

Many South Koreans were shocked by the report. In the comments section of the original post, many said they find such filming “creepy” and feel “offended.”