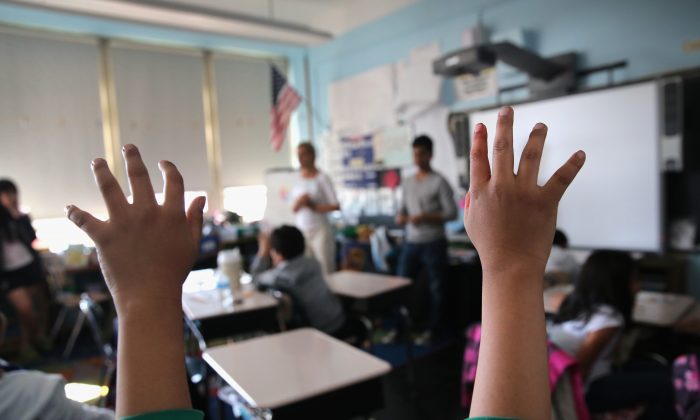 NEW YORK—A convent in Syracuse is one of the six sites in New York state that the federal government has recently reviewed to see if the facilities can house the influx of child migrants who are awaiting deportation. The Syracuse site was the only one in New York to pass the initial round of evaluation, but it is unclear when or if it will pass the next series of tests.

“We’re in a wait and see pattern to see what the next step may be,” said Rochelle Cassella, the director of communications for the Sisters of St. Francis of the Neumann Communities, which is being considered as a potential shelter for immigrants.

“There are still some tenants on the property,” she said. “We’d like a time frame. We need to make arrangements.”

According to the New York Immigration Coalition (NYIC), there are around 500 child migrant shelter beds at capacity in New York State. The facilities are mostly in Westchester.

As a response to the influx of child migrants who have crossed the border without authorization, federal agencies are searching nationwide for more temporary immigrant housing facilities, but only a select few will be meet guidelines.

“Only a few facilities will ultimately be selected,” said Kenneth Wolfe, the communications director for the Administration for Children and Families. “A wide range of facilities are being identified and evaluated to determine if they may feasibly provide temporary shelter space for children.”

The Syracuse facility includes the former Maria Regina College and convents owned by the Sisters of St. Francis. It is a 10-acre property that includes a school campus and two four-story convents.

Some express doubt whether the Syracuse facility will meet federal requirements.

“I commend the Syracuse mayor, ” said Elizabeth Plum, a coordinator for the New York Immigration Coalition. “But we have to wait and see whether the site is really able to serve as a home base for these children.”

“Some sites may not be big enough; some might need construction to meet the federal requirements,” she said. “You can’t just say we’re going to put the children there.”

After the convent passed the first round of inspections, Syracuse Mayor Stephanie Miner sent a letter to Obama on July 17, stating that her city welcomed the unaccompanied Central American migrant children.

The next day, more than 100 people gathered by the former college with signs and air horns. The protestors included both supporters and opposers of the shelter.

Those who supported the plan to house children at the campus slightly outnumbered those who opposed, The Post-Standard reported.

It is still unclear whether the site will house child or adult migrants.

This housing program currently receives $868 million from the government, according to the Administration for Children & Families.

“I believe they are waiting for some of the money from the President to come through,” Cassella said.