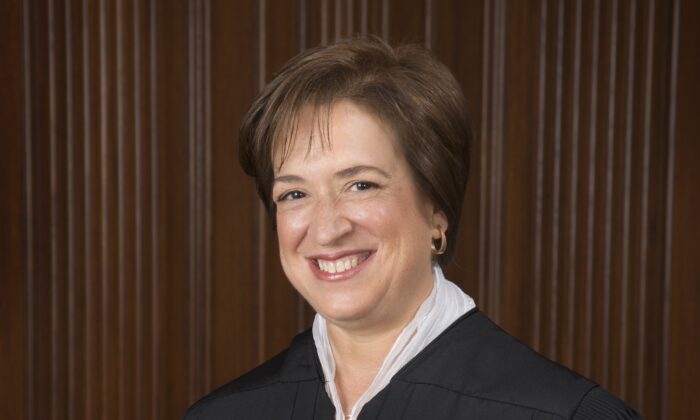 The Supreme Court ruled in favor of a descendant of a German Jewish family whose valuable French Impressionist painting was confiscated by the Nazis during the Holocaust and is now on display at a government-owned art museum in Madrid.

The gist of the unanimous decision made public on April 21 is that in property cases, foreign governments and the entities they control should be placed in the same position as private parties. The high court also found that the U.S. Court of Appeals for the 9th Circuit erred in finding that federal—not state—law should apply in such disputes, and in ultimately siding with the foreign foundation that runs the museum.

Even though foreign entities are generally immune to lawsuits in the United States, this case falls under one of the exceptions in the Foreign Sovereign Immunities Act (FSIA), a federal statute. After determining that the FSIA allows the case to move forward, the courts then have to decide whether federal or state law applies.

In California, where the lawsuit seeking the return of the artwork originated, the legal burden on art theft victims for proving rightful ownership is lower than in Spain, where the painting is currently located. The Supreme Court determined that in disputes such as this, lower courts should rely on state law, and in this specific case, on the law of California.

The foundation is an agency of the Kingdom of Spain. The petitioners are David Cassirer, a descendant of the original painting owner, Lilly Cassirer; an estate; and the Jewish Federation of San Diego County. The Biden administration sided with the Cassirer family.

The foundation bought the painting in 1993 from Baron Hans Heinrich von Thyssen-Bornemisza, who had purchased it “under suspicious circumstances from a New York gallery in 1976,” according to the petition filed with the Supreme Court.

The Nazi regime required the late owner of the painting to trade it for exit visas and roughly $360, a tiny fraction of its actual value. Lilly Cassirer complied and escaped with her life. She was never able to receive the payment from the Nazis because the account was blocked, and she spent years trying to locate the missing painting before she died in 1962.

Before that, in 1958, she accepted $13,000 in reparations from the post-Nazi government in Germany. Unknown to her, the painting had been smuggled into California and traded privately.

The U.S. Court of Restitution Appeals—a court established by the U.S. government in occupied Germany—previously determined Cassirer to be the rightful owner of the painting, but it was assumed at the time to have been lost or destroyed in the war.

Two decades ago, a friend of one of her descendants spotted the painting, now worth in the tens of millions of dollars, on display in Spain.

In the Supreme Court opinion, Kagan wrote that state law determines which jurisdiction’s law should be followed.

“The path of our decision has been as short as the hunt for ‘Rue Saint-Honoré’ was long,” Kagan said.

“Our ruling is as simple as the conflict over its rightful owner has been vexed,” the justice wrote. “A foreign state or instrumentality in an FISA suit is liable just as a private party would be.”

“That means the standard choice-of-law rule must apply. In a property-law dispute like this one, that standard rule is the forum State’s (here, California’s)—not any deriving from federal common law.”

The Supreme Court vacated the decision of the 9th Circuit and remanded the case to that appeals court “for further proceedings consistent with this opinion.”

Lawyers for the family welcomed the ruling.

“Today, we move one step closer toward returning this important piece of art to its rightful owners,” Boies Schiller partner Steve Zack told The Epoch Times by email. Zack has represented the Cassirer family in the case for more than a decade.

“We applaud the Supreme Court’s unanimous decision, which sets the stage for a new trial and the opportunity to make clear to the world that looted artworks must be returned, no matter how many decades have gone by since the initial theft. We’re trying to right a wrong that is almost 100 years old, and we have been working on this important cause for a decade. We never stopped believing that justice would be done.”