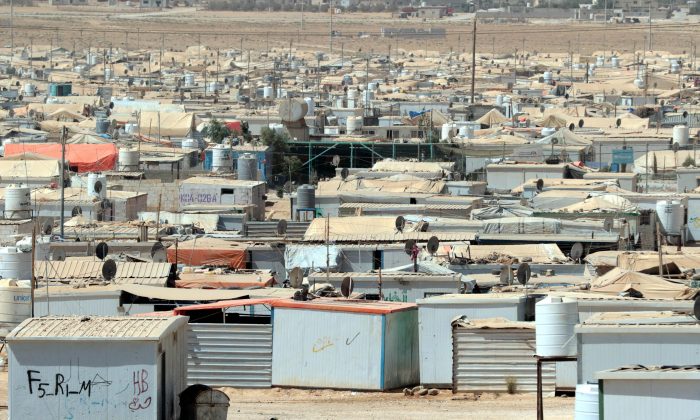 UN Urges Jordan to Let in 12,000 Syrians Stranded on Border

AMMAN, Jordan—The number of Syrian refugees stranded in a remote desert area on the Jordanian border has tripled to 12,000 since last month, the U.N. refugee agency said Tuesday, urging Jordan to let in the displaced.

The lives of stranded refugees—many of them women, children and elderly people—will be at risk in coming winter months if they are not admitted to Jordan and receive substantial assistance, the agency warned.

Jordan’s government had no immediate comment. Jordanian authorities have declined to provide details about the situation in the desert area on the border, known as “the berm,” including how many refugees are stranded there at any time.

After the start of the Syrian conflict, Jordan took in large numbers of refugees who flooded across the border. Today, Jordan hosts about 630,000 of more than 4 million Syrians who have fled their homeland since 2011.

Since 2013, Jordan has tightened border controls. In recent months, Jordan has permitted entry to small groups at a time, typically several dozen a day, citing the need for stringent security checks to weed out potential militants.

With Tuesday’s comments, the U.N. refugee agency made a rare public appeal to Jordan to change its policy, while acknowledging the country’s “tremendous contribution” to hosting refugees. It marked the first time the agency said publicly how many refugees it believes are stuck at the berm for months at a time.

In a briefing in Geneva, refugee agency spokeswoman Melissa Fleming said the number of those stranded at the border has increased from 4,000 in early November to about 12,000 because of the intensifying conflict in Syria.

Fleming said the situation is deteriorating.

She said women have given birth at the berm in unsanitary conditions, and that there are increasing signs of diarrhea and malnutrition among children.