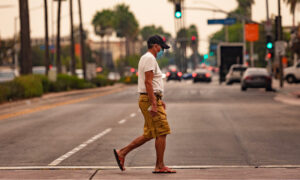 By Louis Makiello
Print
Camden Council has banned a "Not the Royal Wedding Street Party" organised by the anti-monarchy pressure group Republic. It was to take place on the day of the Royal Wedding in Earlham Street, Covent Garden.

Republic has released a statement saying: "Our street party is designed to be a peaceful, fun, family event with food, music, and stalls. The police, local businesses, and the council's own staff have been fully supportive of our plans. We can only assume this is a politically motivated ban and we will challenge it all the way."

Camden Council says it refused the application owing to objections on the part of residents and groups representing local businesses, who said they feared it would impact their sales.

Camden Council said in a statement that "Camden has a duty to support the best interests of local people in our borough. We did not agree for the event to take place at Earlham Street following strong objection from the local community.”

The Council says that Republic refused an offer to hold the party in Lincoln's Inn Fields.

He said: "They are going to have to allow something at some point. We're determined to have a party on that day one way or the other."

Councils throughout the UK have received hundreds of requests to hold street parties to celebrate the Royal Wedding, including 70 in London (not including the "Not the Royal Wedding Street Party"). Some councils have waived road closure fees and others are offering grants to organisers or party packs including free bunting and flags.

Republic is still advertising the republican street party on its website, scheduled for 11:30 a.m., with the lines: "We've taken a 'traditional' royalist street party as our inspiration, but there will be one key difference – we'll be celebrating democracy and people-power rather than inherited privilege."

"We're not [unpatriotic]," Mr Smith told The Epoch Times. "Loving your country and wanting what's best for your country; that's what motivates us to do what we do."

The letter continues, "All those unnecessary rules that place ridiculous burdens on our businesses and on society – they must go, once and for all."

Mr Cameron later added in a video announcement: "We need people to play a bigger part in society, but these rules can put them off. (…) Let's make Britain a place where people are trusted and free to get on with their lives."