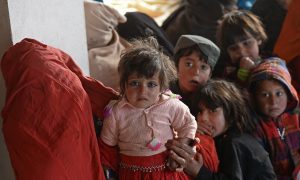 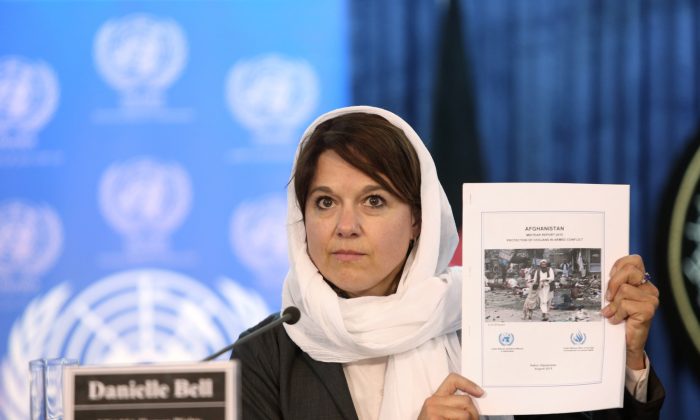 KABUL, Afghanistan—The United Nations said Wednesday a growing number of women and children are getting hurt or killed in Afghanistan’s war against the Taliban and other insurgents.

The total number of casualties in the almost 14-year conflict was up 1 percent in the first half of this year, compared to the same period last year, a new U.N. report said. However, the number of women casualties rose by 23 percent and children 13 percent.

Danielle Bell, director of the Human Rights Unit at the U.N.’s Assistance Mission in Afghanistan, blamed ground fighting for the alarming rise in casualties. UNAMA attributed 70 percent of civilian casualties to insurgent forces.

She said the U.N. was not able to verify whether the Taliban used civilians as human shields, but that a large number of casualties caused by pro-government troops stemmed from exchange of fire in residential neighborhoods.

Afghanistan’s security forces have been fighting the Taliban alone since U.S. and NATO forces ended their combat mission last year. The Taliban have sought to take advantage by escalating their attacks, spreading their footprint from the south and east to the north, and joining forces with other insurgent groups.

Afghan officials have said other insurgent groups, as well as the Islamic State group — which controls about a third of Syria and Iraq and has a small but growing presence in Afghanistan — have joined the anti-government war.

The UNAMA report recorded 4,921 civilian deaths and injuries in the first half of this year.

The Afghan government “has to take responsibility for civilian casualties — it has to educate its forces about what international law is on the protection of civilians and if there are deaths caused by government forces, they must be investigated,” Barr said.

Barr noted that the UNAMA reports says civilian casualties caused by government forces are up 60 percent compared to the same period in 2014.

“There seems to be no willingness by the government to take seriously these problems,” Barr said. “As there are fewer and fewer international forces to watch and constrain what the Afghan security forces are doing, there is less constraint than before, and no reason to believe things will improve with the continuing drawdown.”

Nicholas Haysom, the U.N.’s special representative for Afghanistan, said he hoped the recent confirmation that the Taliban’s leader, Mullah Mohammad Omar, had been dead for more than two years “would at least open the door to a proper peace process.” Formal peace talks with the Afghan government have been postponed indefinitely since the announcement by the Afghan government last week. A leadership crisis within the Taliban has yet to be resolved.

In a statement, the Taliban rejected the U.N. report’s findings as neither impartial nor “based on reality,” saying the figures “ignored the brutal bombardment and related operations from foreign troops.” It also blamed the high civilian toll on pro-government militia groups — widely criticized for being heavy-handed and corrupt — and unilateral actions taken by powerful warlords.