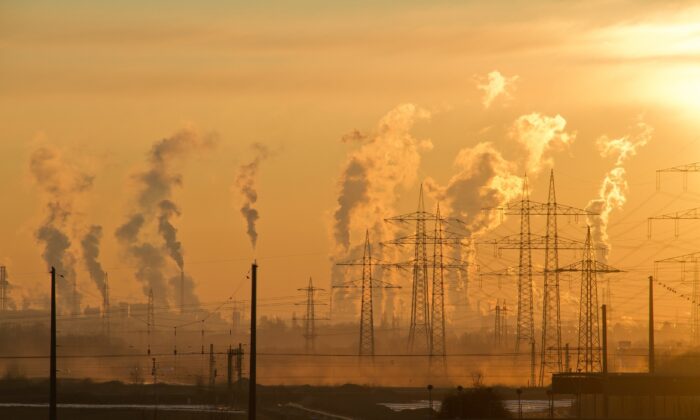 The United Nations (U.N.) has been criticised for giving China a pass to continue firing up coal power stations until 2040 despite pushing Australia, the United States, the United Kingdom, and other OECD countries to halt its use by 2030.

This comes following prior calls from the U.N. for Australia to establish a concrete deadline for reaching net-zero, including recent decries from former U.N. Chief Ban Ki-moon.

Nationals Senator Matt Canavan said the U.N.’s unequal treatment towards the world’s biggest emitter was hypocritical and he accused the international body of trying to subvert Australia’s economy.

“The U.N. has exposed their real agenda this week,” Canavan told The Epoch Times on Aug. 7. “This isn’t about changing the climate, it is about changing our society.”

Concern has also been raised regarding Beijing’s influence within the U.N. As a permanent member with veto powers, China is the U.N.’s largest financial backer, allocating $470 million (US$350 million) in its most recent 2021 budget.

Hart echoed the words of U.N. Secretary-General Antonio Guterres who said in March that phasing out coal was “the single most important step the world must take” in tackling climate change.

“If the world does not rapidly phase out coal, climate change will wreak havoc right across the Australian economy,” Hart said at the ANU’s Crawford Leaders Forum.

But Labor MP Joel Fitzgibbon told Sky News Australia on Aug. 7 that the U.N.’s 10-year deadline demonstrated a “poor understanding of Australia, our economy and our markets.”

According to ABS data, the industry is a major job provider, with close to a combined 50,000 Australians employed at coal mines and coal power stations.

Furthermore, over the last five years, Australia has exported around $280 billion (US$210 billion) of coal, forming close to 16 percent of the nation’s total exports.

Fitzgibbon pointed to Australia’s accelerated transition towards renewable energy generation, something which he said required support from coal power to ensure energy security.

“We will need our coal generators in the system, our younger ones, for more than a decade to keep the grid stable and to get more renewables into the system,” Fitzgibbon said.

Fitzgibbon highlighted that a large percentage of Australia’s coal went to support other countries, including China prior to the trade war initiated by Beijing.

“Eighty percent of our coal is exported to our partners in Asia, including developing countries like India and China,” Fitzgibbon said. “We can’t stop exporting coal, we shouldn’t stop exporting; we are doing the right thing here in Australia.”

In particular, as the world’s biggest carbon emitter, China produces more carbon dioxide in 16 days than Australia does in one year.

A report by the global energy monitor (pdf) outlined that in 2020 China built on average one large coal power station per week, totalling over three times the amount of new coal capacity compared to other nations in the world, combined.

The report also found that, as of February, China had 247 gigawatts of coal plants in development—around five times Australia’s total energy generation capacity.

The U.N.’s climate deadline is part of a new road map intending to accelerate emissions reduction efforts following a report by the U.N.’s IPCC stating that it is “unequivocal that human influence has warmed the atmosphere, ocean, and land.”

However, peer-reviewed research published shortly after the report accused the IPCC of selectively choosing data and ignoring models that included the sun’s effects on global temperatures.

Morrison had previously stated Australia would aim for a 2050 target, but that the commitment would not be legislated.