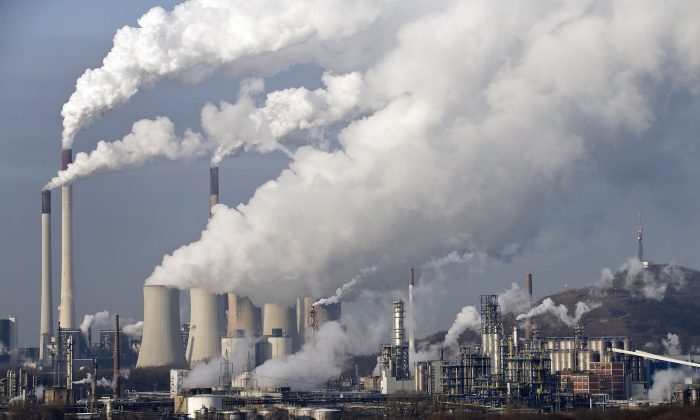 Foreign and environment ministers joined the talks outside Paris after lower-level negotiators who met last week delivered a draft agreement with all crunch issues left unresolved.

Warning that “the clock is ticking towards climate catastrophe,” Ban told ministers the world expects more from them than “half-measures.”

“It is calling for a transformative agreement,” he said. “Your work here this week can help eradicate poverty, spark a clean energy revolution and provide jobs, opportunities and hope for tomorrow.”

The Paris conference is the 21st time world governments are meeting to seek a joint solution to climate change. The talks are focused on reducing emissions of carbon dioxide and other greenhouse gases, primarily by shifting from oil, coal and gas to cleaner sources of energy.

The envisioned Paris agreement is supposed to be the first deal to ask all countries to rein in their emissions; earlier pacts only required wealthy nations to do so.

“Developed countries must agree to lead, and developing countries need to assume increasing responsibility in line with their capabilities,” Ban said.

U.N. climate chief Christiana Figueres called on ministers to produce an agreement “that safeguards the most vulnerable and unleashes the full force of human ingenuity for prosperity for all.”

Alluding to the long-lasting effects of climate change, Figueres said she’s kept up at night by a vision of “the eyes of seven generations beyond me asking me, ‘what did you do?’

“The same question will be asked of each of you,” Figueres told the ministers. “May we all be able to stand tall and clearly say we did everything that was necessary.”