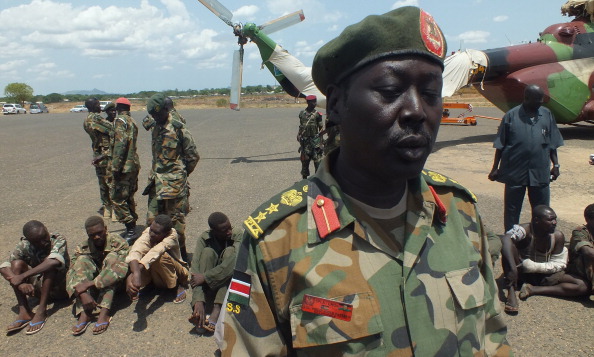 The United Nations mission in South Sudan said on Monday that one of its camps was bombed by Sudanese planes during clashes along the two countries’ border area, it was reported.

There were no casualties in the attack on the camp on Sunday, U.N. mission spokesperson Kouider Zerrouk told Al Jazeera. But in an attack on the town of Mayom, seven civilians were killed and 14 were injured, South Sudan’s information ministry said.

South Sudanese military spokesperson Colonel Philip Aguer told the network that Sudan’s warplanes also bombed oil wells in the town of Heglig, which has been occupied by South Sudan soldiers.

The military conflict that has lasted since last week is the worst since South Sudan gained its independence from Sudan and has sparked concerns among the international community that the situation could deteriorate.

Sudanese President Omar al-Bashir said his country will not negotiate with South Sudan unless they withdraw troops from the restive area of Heglig and its accompanying oil fields, The Sudan Tribune reported. Bashir said Sudan has the right to respond to South Sudan’s occupation of the disputed town of Heglig, the Tribune said.

A Sudan government official, speaking on condition of anonymity, told the Egypt-based al-Ahram publication that the two sides may be targeting each other’s oil fields to weaken their economies.

“It is a question of which side can maintain the basic governance and military structures longer,” the expert said.