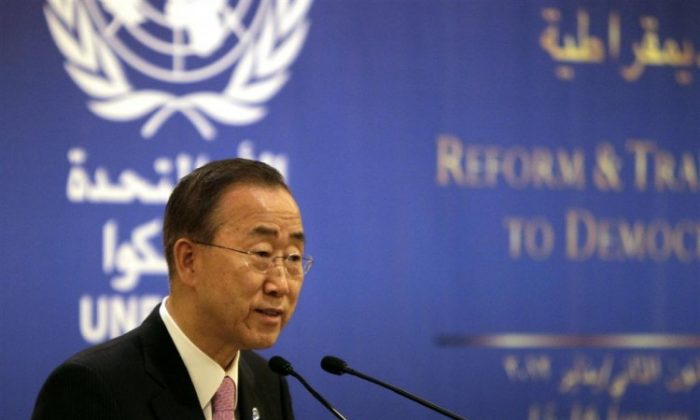 KABUL, Afghanistan—The United Nations launched an appeal on Wednesday for $393 million in humanitarian aid to Afghanistan to help millions of vulnerable people this year.

The 2016 Humanitarian Response Plan for Afghanistan targets millions of people in need of food and other essentials, including shelter, health care, nutrition, safe water and other necessities, Abdullah said.

He said he was hopeful that donor countries would match their commitments of previous years to assist and support the country’s most vulnerable.

Bowden called on the international community to “redouble” its efforts and deliver “ever increasing levels of assistance” over the coming 12 months.

Afghanistan is one of the world’s poorest countries, and regularly suffers natural disasters like earthquakes and storms that displace people from their homes and contribute to widespread hunger.

Between January and November 2015 more than 300,000 Afghans fled their homes due to conflict, a 160 percent increase on the same period in 2014, the UN Office for the Coordination of Humanitarian Affairs said in a statement.

In a separate development, four men clearing mines and unexploded ordinance in the Gereshk district of southern Helmand province were killed by Taliban insurgents on Wednesday, the provincial governor’s spokesman, Omar Zawaq, said.

Mine clearance workers are regularly targeted, and often either killed or kidnapped, across Afghanistan by Taliban-linked gunmen.