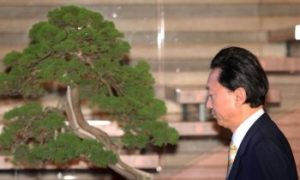 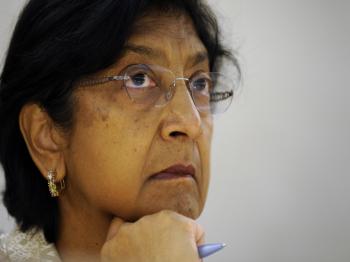 UN Calls for a Humanitarian Corridor to Kyrgyzstan

The United Nations has called regional organizations and governments to assist humanitarian operations to southern Kyrgyzstan after days of mass ethnic clashes left at least 179 people dead, about 2,000 injured, and created more than 100,000 refugees.

The death toll was confirmed by the country’s Ministry of Health, reported Kyrgyz news agency AKIpress.

According to a rapid assessment by UNICEF staff on the ground of the more than 100,000 refugees that have fled Kyrgyzstan into neighboring Uzbekistan, 90 percent are women and children.

Uzbeks have fled fearing being gunned down and burnt in their homes, according to the International Red Cross.

The Uzbek government has opened schools and colleges to accommodate the refugees, but there is lack of food, water, and medical help. The refugees are being housed in 75 camps around the city of Andijan, according to UNICEF.

The UN high commissioner for refugees (UNHCR) has sent an emergency team of operations and logistics experts.

"We are very grateful for the willingness of the Uzbek authorities to welcome and receive people fleeing violence in Kyrgyzstan," said UN High Commissioner for Refugees António Guterres in a statement.

"We have agreed with the Uzbek government to support their efforts and assist tens of thousands, mostly women and children, seeking safety in Uzbekistan,” said Guterres.

The violence erupted late in the evening of June 10, and has left many businesses, shopping centers, cultural centers, city markets, and governmental buildings burnt and destroyed in the southern city of Osh. There were also reports of looting and other acts of vandalism in the city. Uzbeks make up half the population of Osh.

By June 15, the situation in the southern city of Osh and in the nearby region was somewhat calmer, according to media reports.

The UNHCR stressed that Osh had been at high risk for ethnic conflicts since about 80 different minorities live in the city.

“The region has long been known to be a ‘powder keg.’ That’s why it is highly important that Kyrgyz authorities end the clashes in the strongest way. Everything indicates that ethnic conflicts were not spontaneous, but organized, aimed, and well-planned,” the Human Rights Council spokesperson Rupert Colville said in a statement.

Colville said that the breakout of disorder began when five groups of armed men with bandages on their faces attacked different buildings triggering a backlash.

In April, there was a violent coup d’état in Kyrgyzstan.

Kyrgyz self-declared officials claimed that the uprising would not interfere with the scheduled referendum for June 27, which sought parliamentary reform and limited the powers for the president.