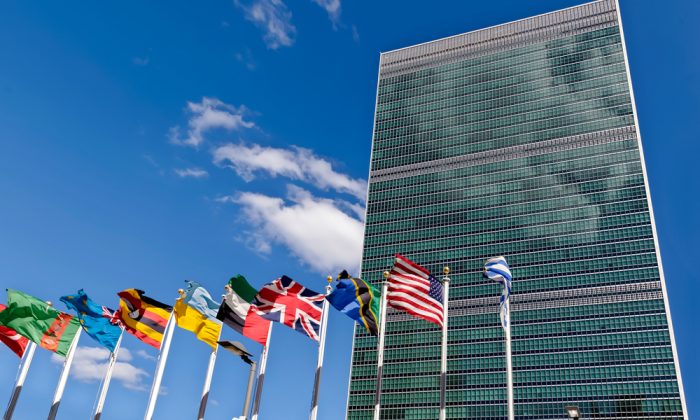 UNITED NATIONS—The issue of what to do about the world’s 65.3 million displaced people takes center stage at the United Nations General Assembly Monday when leaders from around the globe converge on New York for the first-ever summit on Addressing Large Movements of Refugees and Migrants.

With more people forced to flee their homes than at any time since World War II, leaders and diplomats are expected to approve a document aimed at unifying the U.N.’s 193 member states behind a more coordinated approach that protects the human rights of refugees and migrants.

“It’s very interesting because if we are able to translate that paper into a response in which many actors are going to participate, we will solve a lot of problems in emergency responses and in long-term refugee situations like the Syrian situation,” Fillipo Grandi, the U.N.’s High Commissioner for Refugees told The Associated Press.

That may prove an uphill struggle, however, as the document is not legally binding and comes at a time that refugees and migrants have become a divisive issue in Europe and the United States.

A number of countries rejected an earlier draft of the agreement that called on nations to resettle 10 percent of the refugee population each year, something that has led a number of human rights groups to criticize the document as a missed opportunity. The U.S. and a number of other countries also objected to language in the original draft that said children should never be detained, so the agreement now says children should seldom, if ever, be detained.

“Instead of sharing responsibility, world leaders shirked it. The U.N. summit has been sabotaged by states acting in self-interest, leaving millions of refugees in dire situations around the world on the edge of a precipice,” Amnesty International Secretary General Salil Shetty said in a statement.

Shetty said the agreement merely kicks the can down the road by calling for separate global compacts for refugees and migrants to be adopted within two years.

Secretary-General Ban Ki-moon, whose report on refugees and migrants laid the basis for the summit document, said he was aware of the criticism from non-governmental groups.

“While we all wish it could be a stronger outcome document … all 193 member states had to agree on their commitment. As you will see, my report was a strong one,” Ban said. “I hope that, as the two compacts are adopted over the coming year and a half, some stronger language and commitment and elements from the report will reappear in the course of this negotiation.”

More concrete progress is expected at a follow-up summit on Tuesday called by President Barack Obama, where at least 45 countries are expected to make pledges that are in line with U.S. goals of increasing humanitarian aid by $3 billion, doubling resettlement and increasing access to education for one million youngsters and access to employment for another million of the displaced.

“You hear all around the world the U.N. hasn’t handled the refugee crisis. The way the U.N. will handle the refugee crisis is if all of us countries within the U.N. step up and dig deep and face those political headwinds that we all face, to do more, to give more, to take on a greater share of the resettlement challenge,” said Samantha Power, the U.S. ambassador to the U.N.

Power said prior to the pledging summit with world leaders, Obama will host a meeting with top executives from 50 companies to discuss what the private sector can do to help address the problem.

According to the Office of the U.N. High Commissioner for Refugees, an “unprecedented” 65.3 million people were displaced at the end of 2015, an increase of more than 5 million from a year earlier. They include 21.3 million refugees, 3.2 million asylum seekers, and 40.8 million migrants.

According to the U.N. Refugee Agency, refugees are people forced to flee due to armed conflict or persecution, while migrants chose to move in search of a better life.