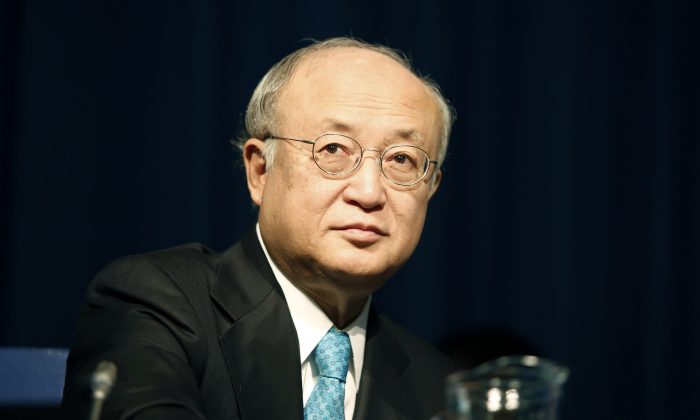 The resolution, adopted in a 161-5 vote, noted that Israel is the only Middle Eastern country that is not party to the Treaty on the Non-Proliferation of Nuclear Weapons. It called on Israel to “accede to that treaty without further delay, not to develop, produce test or otherwise acquire nuclear weapons, to renounce possession of nuclear weapons” and put its nuclear facilities under the safeguard of the U.N.’s International Atomic Energy Agency.

The United States and Canada were among four countries that joined Israel in opposing the measure, while 18 countries abstained.

Israel is widely considered to possess nuclear arms but declines to confirm it.

The resolution, introduced by Egypt, echoed a similar Arab-backed effort that failed to gain approval in September at the Vienna-based IAEA. At the time, Israel criticized Arab countries for undermining dialogue in the region by repeatedly singling out the Jewish state in international arenas. Israel’s U.N. Mission did not immediately return a request for comment Tuesday.

The U.N. resolution, titled “The risk of nuclear proliferation in the Middle East,” pushed for the establishment of a nuclear weapons-free zone in the Middle East and lamented that U.S.-backed efforts to convene talks were abandoned in 2012.

Israel has long argued that a full Palestinian-Israeli peace plan must precede any creation of a Mideast zone free of weapons of mass destruction. The country also argues that Iran’s alleged work on nuclear arms is the real regional threat. Iran denies pursuing such weapons.

General Assembly resolutions are not legally binding but they carry moral weight because it is the only body where all 193 U.N. member states are represented.