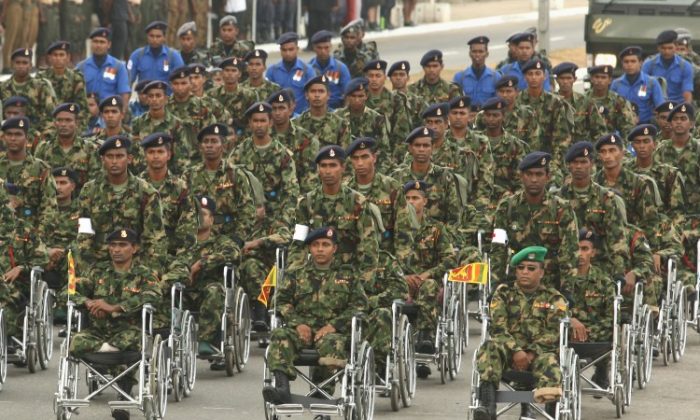 An internal United Nations report that was viewed by the BBC says that the U.N. failed to protect civilians during Sri Lanka’s bloody, quarter-century-long civil war against Tamil separatists.

“Many senior U.N. staff did not perceive the prevention of killing of civilians as their responsibility—and agency and department heads at [the U.N. headquarters] were not instructing them otherwise,” the report states.

The report has not been released to the public. It says there existed “a sustained and institutionalized reluctance” among staff members in Sri Lanka “to stand up for the rights of people they were mandated to assist.”

The report is the result of an investigation into the final few months of the conflict that ended in May 2009. Some estimate as many as 40,000 people were killed in the final five months.

The Tamil Tigers, officially known as the Liberation Tigers of Tamil Eelam, was considered a terrorist group by the United States and other governments.

The group espoused a Marxist-Leninist ideology and was responsible for ethnic cleansing, massacres, and a spate of suicide bombings at a time when the practice was relatively uncommon.

“Events in Sri Lanka mark a grave failure of the U.N.,” the report states, describing the U.N. response to the humanitarian situation as the result of a “systemic failure.”

The report says the U.N. should meet higher standards when protecting vulnerable populations and responding to humanitarian crises.

The report questions the decision to withdraw U.N. staff from Sri Lanka in September 2008, simply because the Sri Lankan government warned the U.N. that it may not be able to provide adequate security for them.

Benjamin Dix, a humanitarian aid worker in Sri Lanka at the time, told the BBC that he disagreed with the pullout. He says that pulling out the U.N. team “basically abandon[ed] the civilian population with no protection or witness.”

Perhaps most importantly, the report also says that the U.N. failed to inform the world about what was happening in the country, despite the bloodshed.

In early 2009, the U.N. said that around 200,000 civilians were “pushed” into a tiny, five-square-mile piece of land in northern Sri Lanka due to fighting between the government and rebels.

It said that the Tamil Tigers were preventing civilians from leaving the small pocket of land, and violence prevented humanitarian workers from operating.

“We begged them, we pleaded with them not to leave the area. They did not listen to us,” said a Tamil schoolteacher now seeking asylum in Britain, who spoke with the BBC. The teacher did not want to be named. “If they had stayed there, and listened to us, many more people would be alive today.”