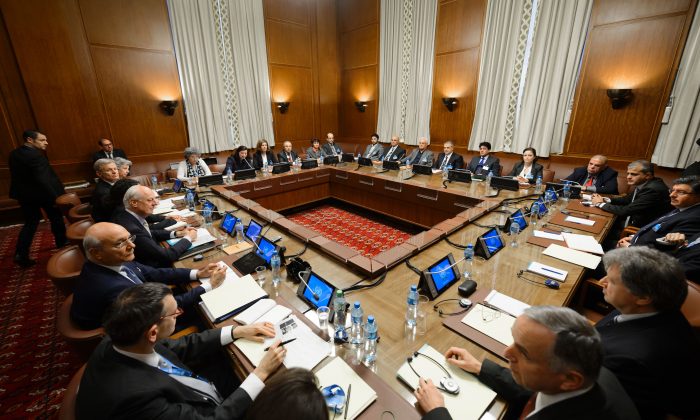 UN Envoy: Syrian Peace Talks Will Not Resume Next Week

De Mistura told Swedish newspaper Svenska Dagbladet that he cannot “realistically” get the parties in the Syrian conflict back to the table by then, “but we intend to do so soon.”

De Mistura halted the latest talks on Feb. 3, because of major differences between the two sides, exacerbated by increased aerial bombings and a wide military offensive by Syrian troops and their allies under the cover of Russian airstrikes.

In an interview published late Thursday on Svenska Dagbladet’s website, de Mistura said, “We need real talks about peace, not just talks about talks. Now the Americans and Russians must sit down and agree on a concrete plan on the cessation of hostilities.”

In recent weeks, Syrian government forces captured dozens of villages and towns in different parts of Syria while the predominantly Kurdish Syria Democratic Forces evicted opposition fighters and militants from areas near the border with Turkey in Aleppo province. Ankara strongly opposes the SDF, which is predominantly composed of Kurdish fighters and has become one of the most effective forces on the ground fighting the Islamic State group.

A rebel commander in the northwestern province of Idlib said Turkey was facilitating the movement of other rebel factions specifically in order to weaken the SDF. The commander, who spoke on condition of anonymity because he was not authorized to reveal military secrets, said a mixed coalition of rebel fighters were permitted to pass into Turkey and enter Syria again in order to prevent the city of Azzaz from falling into SDF hands.

Azzaz is currently held by Turkish-backed rebel factions and is surrounded by both SDF forces and Islamic State group fighters.

An SDF official said Turkish troops are bombing their positions in border areas, inflicting casualties among civilians. Ahmad al-Omar said the shelling hit several areas including the town of Jandairis on Friday.

The Britain-based Syrian Observatory for Human Rights said the shelling on areas on northern Syria lasted seven hours killing two and wounding others.

The SDF is dominated by the main Kurdish militia known as YPG. Turkey blames both the YPG and its own domestic Kurdish rebels for Wednesday’s bomb attack in Ankara that killed 28 people.