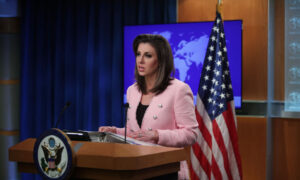 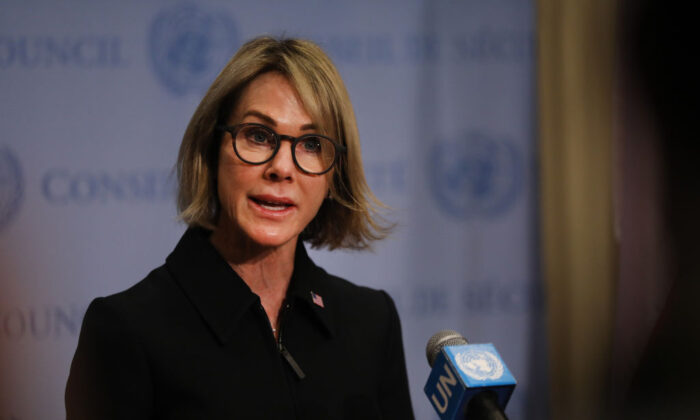 A planned trip to Taiwan by the U.S. Ambassador to the United Nations Kelly Craft has been canceled. She would have been the third senior American official travel to the island in less than six months.

Craft was due to visit Taiwan from Wednesday to Friday, but Secretary of State Mike Pompeo said in a statement on Tuesday that all travel this week had been canceled due to transition efforts for the incoming Joe Biden administration. Pompeo’s planned trip to Europe was also canceled.

Pompeo last week announced Craft’s planned travel to the democratic island, which sparked anger from the Chinese regime. The latter views Taiwan as part of its territory and has threatened military force to bring the island under its fold.

U.S.-Taiwan relations have warmed considerably during the Trump administration. Last week, Pompeo removed all internal restrictions that regulated how U.S. officials interfaced with their Taiwan counterparts, a move welcomed by Taipei. Pompeo described the rules as previous administrations’ attempts to “unilaterally…appease the communist regime in Beijing.”

The United States doesn’t have a formal diplomatic relationship with Taiwan, but maintains unofficial ties with the self-ruled island under the 1979 Taiwan Relations Act (TRA). The TRA authorizes the United States to provide the island with military equipment for its self-defense, and set up a nonprofit corporation called the American Institute in Taiwan, which is now the de-facto U.S. embassy on the island.

Taiwan’s de-facto embassy in the United States did not immediately respond to a request for comment.