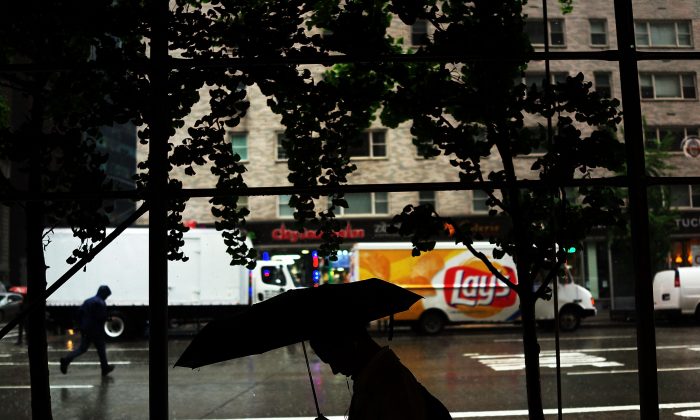 A man walks with an umbrella during a rain storm on May 8, 2013 in New York City. (Spencer Platt/Getty Images)
US

A train in New Jersey was halted after people thought a passenger’s umbrella was mistaken for an assault rifle, it was reported.

A witness told police that a man with a cast on his arm was “armed with a long barrel assault weapon” and entered the light rail train on the NJ Transit’s Hudson-Bergen line, reported MyFoxNY.com.

The train and several others were held over the incident.

However, authorities determined that the “weapon” was an umbrella.

“We are so grateful for the continued vigilance of the public and NJ Transit customers,” Durso told the website. “Even though this did not turn out to be something, we still encourage people to see it and say it.”