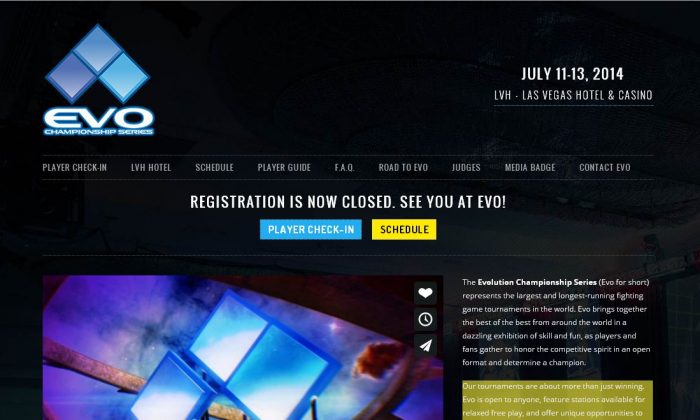 Ultra Street Fighter IV will be featured at EVO 2014, with nearly 2,000 people signing up.

It’s the biggest tournament in the competition, reported IGN.

Ultimate Marvel vs. Capcom 3 had just over 1,000 people sign up, while Super Smash Bros. Melee had 970 people.

“The Evolution Championship Series (Evo for short) represents the largest and longest-running fighting game tournaments in the world. Evo brings together the best of the best from around the world in a dazzling exhibition of skill and fun, as players and fans gather to honor the competitive spirit in an open format and determine a champion,” says the website for the event.

It adds: “Our tournaments are about more than just winning. Evo is open to anyone, feature stations available for relaxed free play, and offer unique opportunities to meet people from different countries and different walks of life who share your passion. Established champions face off against unknown newcomers, and new rivals that might have only talked or fought online meet up and become old friends.”

Ultra Street Fighter IV was released a few weeks ago, adding a number of features and characters to the already-popular game.

“Rebalanced Gameplay: Direct fan feedback was gathered on all of Super Street Fighter IV AE’s original 39 characters and core system mechanics in order to achieve the most balanced Street Fighter ever.”