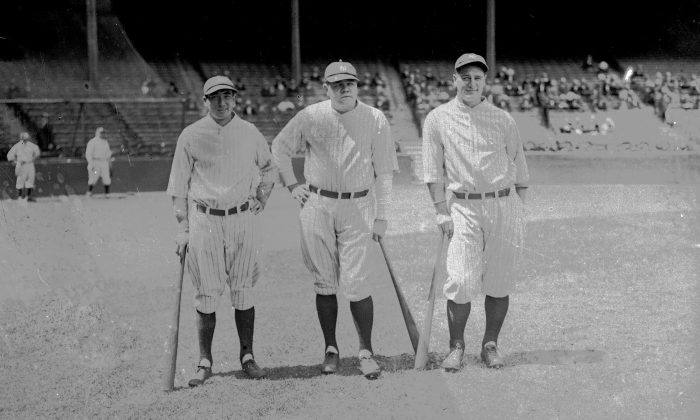 With the Yankees out of the excitement and drama of post-season play this year, and with fans of so many other teams feeling the blues, here is a bunch of hot stove league brain-teasers to keep all of you in the game.

4. Name the four managers who have piloted both the Yankees and the Mets. ______

6. Name the player Derek Jeter replaced in 1996 to become the regular shortstop.

7. What former Yankee was the first pitching coach for the New York Mets in 1962?

10. Trick question: Which of the following was not a Babe Ruth nickname?

11. Name the National Football League coaching legend who played briefly for the Yankees.

12. First baseman Wally Pipp has gone down in history for being the player Lou Gehrig replaced. What other distinction belongs to Pipp?

A. He was a baseball manager. B. He came from the same neighborhood Gehrig grew up in. C. He was a home run champ. D. He made money endorsing aspirin.

13. Reggie Jackson hit three home runs in Game 6 of the 1977 World Series against the Los Angeles Dodgers—each off a different pitcher. What pitcher gave up Jackson’s third home run?

14. Reggie Jackson was inducted into the Hall of Fame as a member of what team?

15. What Yankee pitcher has the most World Series victories?

16. In defeating the Oakland A’s in the 2001 American League Division playoffs, what did the Yankees accomplish that no team ever had done before in a three-of-five-game series?

A. Limited their opponents to a total of two runs  B. Had a perfect fielding percentage C. Won three straight after losing two games at home D. Hit at least one home run in every game

17. What Yankees MVP appeared in the fewest games in the year in which he won the award? ______

19. What uniform number was retired by the Yankees to honor a player who never was on the team?

20. Who remains the only Yankee to hit four home runs in one game?

10. Sorry about that. We said it was a trick question—all of the choices were nicknames for the Babe.

17. Pitcher Spud Chandler appeared in 30 games when he won the American League award in 1943.