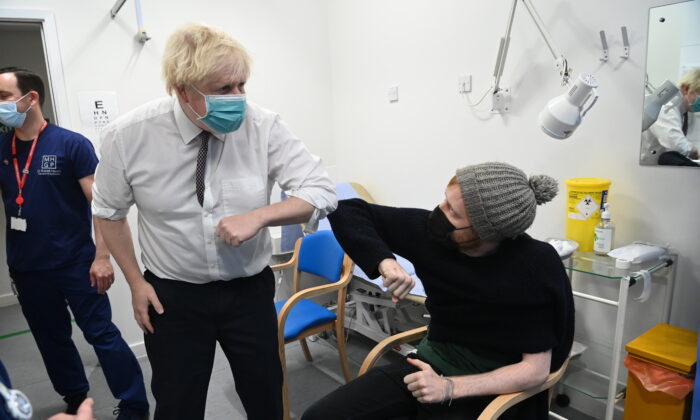 British Prime Minister Boris Johnson has rejected a health chief’s call for people not to socialise if they do not need to in the run-up to Christmas.

In response to the potential threat posed by the Omicron COVID-19 variant, the UK government has re-imposed rules requiring face coverings in shops and public transport but did not extend any restrictions to the hospitality sector.

Earlier on Tuesday, Dr. Jenny Harries, head of the UK’s Health Security Agency, said people could do their bit to slow the spread of the new Omicron COVID-19 variant by reducing the number of social contacts they have.

“If we all decrease our social contacts a little bit, actually that helps to keep the variant at bay,” she told BBC Radio 4’s Today programme.

Harries’ remarks sparked protests from leaders of the hospitality sector, who warned that such messaging will have a “damaging effect on businesses.”

Kate Nicholls, chief executive of the UKHospitality trade body, said this “chilling talk” could hammer the sector ahead of its busiest period, adding that bookings have already been “cancelled and plans changed” by some customers.

Responding to the row, Downing Street sided with businesses and insisted there was “no change” in official guidance about socialising.

Asked if Harries’ view was shared by the prime minister, Johnson’s official spokesman said: “No. Our advice to the public is as set out at the weekend. We have put advice out on face coverings and on inward travellers and those who are identified as having the Omicron variant of coronavirus. Beyond that we haven’t set out any further guidance to the public.”

The spokesman said the prime minister had full confidence in Harries, but stressed that she was an adviser rather than a minister and was not speaking for the government.

Later, Johnson was asked directly whether he agreed with Harries as he visited a clinic in north London.

He answered: “I think what Jenny is saying there is right, we’ve been living with a pandemic for a long time, people should continue to do things like make sure they have lots of fresh air, they wash their hands, and take normal precautions, I think that’s entirely reasonable. But we’re not going to change the overall guidance. We don’t think that’s necessary.”

He said the government has not seen anything to suggest that it needs to adopt the so-called Plan B, a backup strategy that involves measures such as vaccine passports.

“But what we do need to do is take particular precautions against Omicron until we’ve worked out exactly what kind of a threat it may present,” he said.