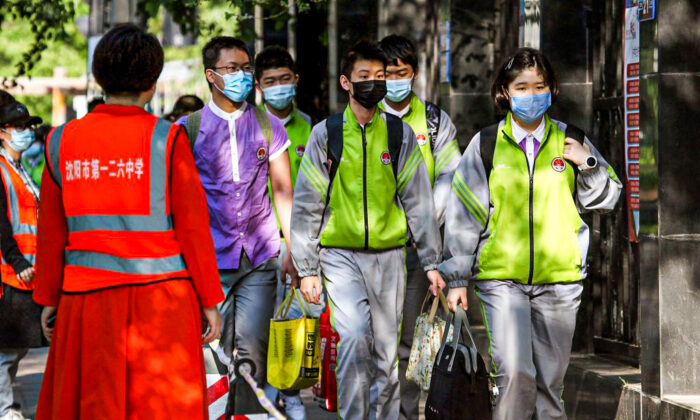 Westminster School, a London-based elite private school, announced on Tuesday its “ambitious” educational projects in China have come to an end, citing the COVID-19 pandemic and “recent changes in Chinese education policy” as reasons for its departure.

In a letter to parents dated Nov. 2, Mark Batten, Westminster’s chairman of governors said, “You will be aware of an ambitious project, started in 2017, which would see the Westminster School name used for the first time outside the UK, for a new school in Chengdu, Sichuan province, China.

“It is with great regret I write to tell you that this project has come to an end for Westminster School and its wholly-owned UK-based subsidiary company, Floreat Overseas Holdings Limited (FOHL).”

The school’s China operations, which initially aimed to develop up to six new bilingual schools in China, were fully funded by a Hong Kong-based investor who wished to operate schools in mainland China using the Westminster School name.

According to a report published by The Times of London in October, the investor was Hong Kong Melodious Education Technology Group (HKMETG). Among the group’s founders are David Mao, a former Communist Party secretary of Peking University; and Xu Ouyang, a businessman who sits on a standing committee advising the administration in Tibet.

Westminster School—through its subsidiary FOHL—acted as an educational consultant offering educational support and helping to develop a bilingual curriculum.

“As I am sure you can imagine, the formation of a brand new 2,000-pupil school, including the construction of all its buildings and the development of a bilingual curriculum for children aged 3 to 18, is no small undertaking,” Batten told parents.

He said the project was “heavily impacted by the global COVID-19 pandemic, as well as recent changes in Chinese education policy.”

The new law, which came into effect on Sept. 1, halts the teaching of foreign curricula in schools from kindergarten to ninth grade (K-9) and prohibits foreign ownership or control of any private K-9 schools.

Under the new regulations, international schools are required to teach the same lessons as China’s state schools and must uphold the leadership of the Chinese Communist Party (CCP).

This means foreign-branded schools may have to follow the new rules, and students will be taught “Xi Jinping Thought” in a bid to “arm” their brains with Marxist belief and communist ideology.

Batten said the benefits of the China operations had been seen as “potentially transformative,” but unfortunately, “the landscape for developing such schools now is very different from 2017.”

Westminster School said that all development work has been halted both in terms of the site and curriculum, and staff who had been working there are no longer to be employed by the operator.

“As it stands, Westminster School has no plans to license its name or provide educational consultancy to any other new school projects in China,” Batten said in the letter.