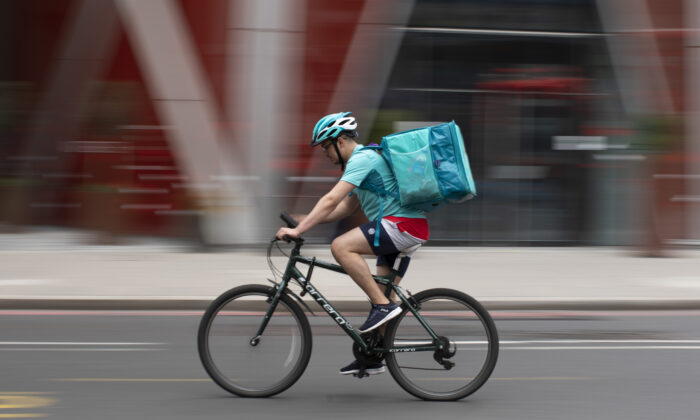 Takeaway delivery specialist Deliveroo has revealed that its losses ballooned last year as it pumped more cash into its rapid growth plans.

The company posted a £298 million pre-tax loss for the year, compared with a £213 million loss in 2020, but stressed that it has a long-term plan for profitability.

It told investors on Thursday that it aimed to reach breakeven in core earnings in the next two years.

The group said its heavy losses for the past year were driven by significant investment in marketing and technology improvements as it sought to keep momentum after being boosted by pandemic restrictions.

Nevertheless, the firm predicted a slowdown in transactions over the current year, as it expects a rise of between 15% and 25% across its platform.

Revenues for last year increased by 57% to £1.8 billion, driven by the increase in sales transactions.

The group said it benefited from further strength in its UK business, where orders increased by 72%.

It said that it added around 19,000 more restaurant sites to its UK platform over the year, while it was also boosted by its growing grocery operation, which expanded by more than two-thirds to almost 6,000 sites.

Deliveroo also highlighted that it will face headwinds in the current year from inflation, the loss of economic stimulus and geopolitical and economic impacts from the conflict in Ukraine.

Will Shu, founder and chief executive officer of Deliveroo, said the company will “continue to follow developments closely”.

He added: “We have continued to make good progress in executing our strategy and I am proud of our performance in 2021.

“Particularly encouraging to me was our performance in the UK and Ireland, where we continued to grow our market share and achieved profitability on an adjusted earnings basis in a competitive environment – highlighting the strength of our consumer value proposition.”