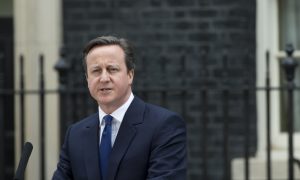 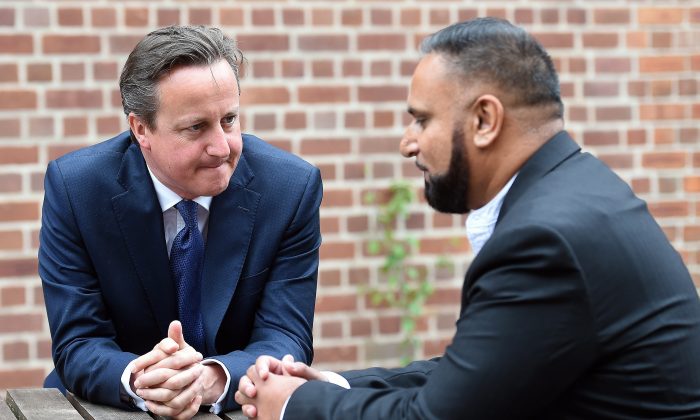 Cameron announced new powers designed to put those who radicalize young people “out of action,” together with plans to allow parents to cancel their children’s passports to prevent them from traveling abroad to join a radical group. The measures are meant to crush the infrastructure that has made it possible for as many as 700 young Britons to join radicals abroad, he said.

In a wide-ranging speech that targeted the ideology of extremism, Cameron chose a school in Birmingham, a center of the Muslim community in Britain, to argue that it was time to counter the narrative that has attracted so many young people to the ISIS group, also known as ISIL. Britain must “de-glamourize” such groups by making the young aware of the stark reality of life under their control, he said.

“You won’t be some valued member of a movement. You are cannon fodder for them. They will use you,” he said. “If you are a boy, they will brainwash you, strap bombs to your body, and blow you up. If you are a girl, they will enslave and abuse you. That is the sick and brutal reality of ISIL.”

Cameron also announced a study designed to find ways to increase opportunities for young people from ethnic minorities and increase their integration in society. He said a strategy would be published later in the year as part of a five-year plan to wage what he defined as the struggle of a generation.

Some Muslim organizations reacted with dismay, sensitive to suggestions that they are somehow to blame for extremism, particularly since the paths to terrorism are complex and varied.

There is a danger of suggesting there is a “magic solution that will make terrorism go away,” said Shuja Shafi, secretary-general of the Muslim Council of Britain.

“We worry, however, that these latest suggestions will set new litmus tests which may brand us all as extremists, even though we uphold and celebrate the rule of law, democracy, and rights for all,” Shafi said.

Cameron acknowledged that young people are vulnerable to radicalization in part because many, though born in Britain, have little attachment to the country. In some communities, people can “go your whole life and have little to do with people from other faiths and backgrounds.”

“So when groups like ISIL seek to rally our young people to their poisonous cause, it can offer them a sense of belonging that they can lack here at home,” he said.

“We have, in our country, a very clear creed and we need to promote it much more confidently,” he said. “Wherever we are from, whatever our background, whatever our religion, there are things we share together.”

“We are all British,” he said.

Brooke Rogers, a terror expert at King’s College London, said Cameron tried to do too many things in a single speech—offering a confusing message. The top-down approach is also frustrating to people working against radicalization at the local level, where progress is often slow but usually more successful.

“They need to really listen to the people at the coalface,” she said of those on the front line fighting radicalization.