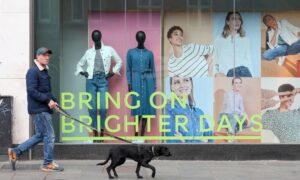 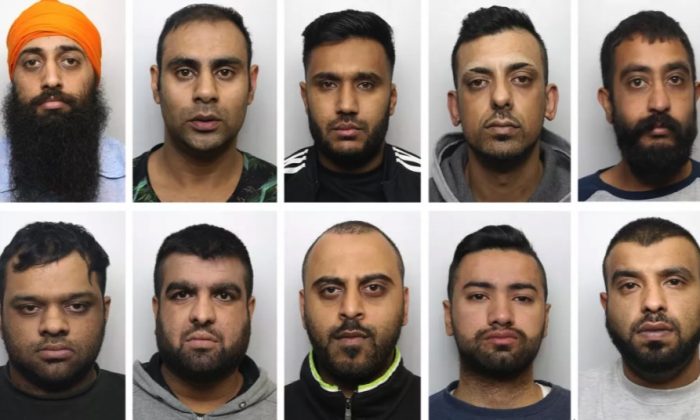 Twenty members of a “vile and wicked” gang who embarked on a “campaign of rape and other sexual abuse” against vulnerable teenage girls in Britain have been given lengthy jail sentences.

A judge on Friday, Oct. 19, lifted reporting restrictions in the case, believed to be the UK’s single biggest grooming gang prosecution, according to the BBC.

Judge Geoffrey Marson QC said the crimes against 15 girls were far more serious than anything he had previously encountered. The gang’s “persistent and prolonged” offending, he said, was “at the top of the scale” of severity.

“As cases of sexual abuse with which the courts have to deal, this case comes at the top of the scale,” Judge Marson said, The Metro reported. “None of you has expressed any remorse for what you did.”

Over the course of three trials jurors heard how the men, mostly from Huddersfield, gave girls as young as 11 alcohol and drugs before sexually abusing them in a range of locations, including car parks and snooker halls.

Fifteen severely vulnerable girls fell victim to the gang between 2004 and 2011.

Many of the victims described how they were plied with drink and narcotics at house parties, and then the accused raped them “one by one.”

The girls described the men initially showing them what appeared to be genuine affection.

Judge Marson told the men this was “deliberately created to enable predatory men such as you to perpetrate gross sexual abuse for your own perverted gratification.”

“The extent and gravity of your offending far exceeds anything which I have previously encountered,” Judge Marson said.

“It was a very significant campaign of rape and other sexual abuse,” he said.

“Children’s lives have been ruined and families profoundly affected by seeing their children, over months and years, out of control, having been groomed by you and other members of your gang,” Judge Marson said.

One of the victims reportedly attempted suicide.

Another was seen being thrown out of a moving car, and reportedly had bruises all over her face.

The Guardian reported that Judge Marson said that “likely that many, if not all, of these girls will never recover from the abuse they suffered.”

“I have read the victims’ personal statements; they make harrowing reading. The way you treated these girls defies understanding; this abuse was vile and wicked,” he said.

Judge Marson said at the end of the first trial, “The way you treated these girls defies understanding; this abuse was vile and wicked.”

Ringleader Amere Singh Dhaliwal, 35, was jailed for life earlier this year and told he must serve a minimum of 18 years in prison by a judge who said, “Your treatment of these girls was inhuman.”

The court heard Dhaliwal committed numerous rapes, incited child prostitution, trafficked girls across the region, and filmed their abuse on his mobile phone.

Judge Marson told Dhaliwal earlier this year: “You treated them as commodities to be passed around for your own sexual gratification and the gratification of others.”

He was convicted of 54 separate counts, including rape.

The remaining defendants received sentences of between five and 18 years on a range of charges.

The men identified one another through a series of nicknames, which included “Beastie,” “Dracula” and “Nurse.”

The restriction which banned reporting of the Huddersfield trials was lifted by the Recorder of Leeds Judge Guy Kearl QC.

Detective Ian Mottershaw from West Yorkshire Police told the BBC outside the court: “The investigation into this case has been extremely complex and the investigative team have worked tirelessly for the past five years to ensure that no stone has been left unturned.”

“We welcome the convictions and sentences which have been passed down throughout the year to these depraved individuals, who subjected vulnerable young children to unthinkable sexual and physical abuse,” he said.