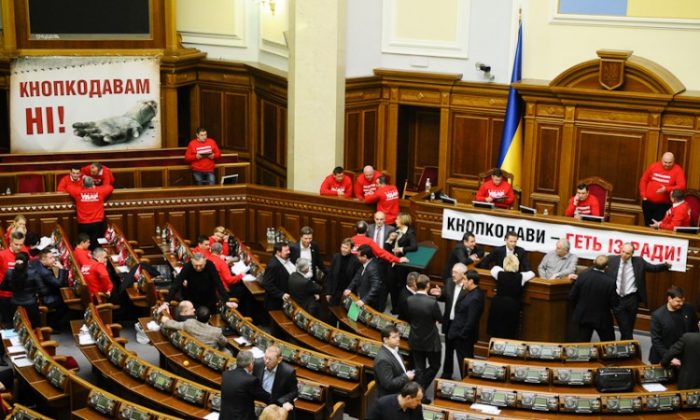 They refer to members of parliament who vote for their absent neighbors. While some measures have been taken to try to prevent this widespread problem, double voting persists.

In December 2012, a new law was enacted requiring parliamentarians to register before a session and get a personalized electronic card. Deputies were, however, still registering and getting cards for their neighbors.

Representatives of the majority, the Party of Regions, urged the opposition to sign a memorandum of mutual understanding and continue work in the Parliament. The Party of Regions announced on Feb. 6 a proposal for a new electronic voting system. Yet it noted that the system would cost 15 million hryvnias (US$1.85 million).