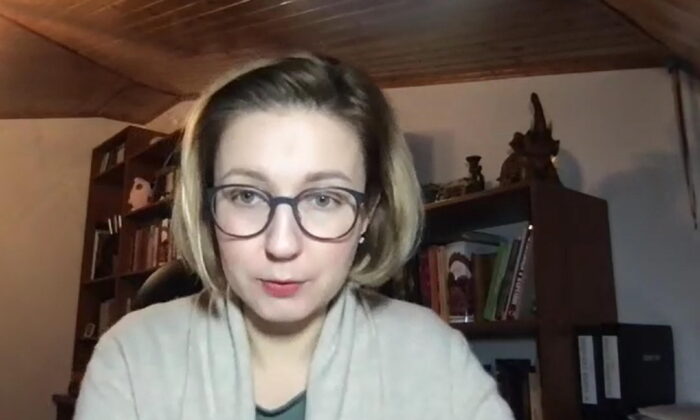 The Ukrainians are “very much concerned” over the resignation of British Prime Minister Boris Johnson, a Ukrainian politician said.

Johnson, arguably the biggest cheerleader for Ukraine since the east European country was invaded by Russia, was forced to resign on Thursday following a series of political blunders that culminated in the mass resignation of his Cabinet.

Inna Sovsun, deputy leader of Ukraine’s Holos Party, said people in the war-torn country are “very much concerned” about whether or not they will continue getting the same level of support.

“I understand that there are different assessments of Boris Johnson himself and people look at him very differently, but we in Ukraine, now, look at different Western politicians from a single standpoint: the level of support to Ukraine,” the politician told the PA news agency on Thursday.

Sovsun said the Ukrainians “don’t have the luxury to debate anything else” at the moment, and “in that sense, Boris Johnson has, of course, been a great friend to Ukraine.”

“He was really driving the support, the political support, for the country. He was very outspoken, he was always on Ukraine’s side,” she said. “We are very much worried if this policy of the UK government will continue.”

“This is probably the biggest thing that we hope the next prime minister will care about, is that he or she would understand the role that the UK played being basically the public leader of driving support for Ukraine and will continue this policy,” she said.

“We very much hope the next UK prime minister will inherit and will continue” the vocal support, she said.

Sovsun also said that the Ukrainians are “ready and willing to work with” whoever the next prime minister will be.

“We hope the decision will be made soon and we will be able to continue this fruitful cooperation in military and other affairs as well,” she said.

Meanwhile, Mykhailo Podolyak, an adviser to Ukrainian President Volodymyr Zelenskyy, posted a video on Twitter to pay tribute to Johnson for being one of the first to call out Russia and to visit Ukraine since the invasion.

To be a leader – to call 🇷🇺 evil a evil and to take responsibility in the hardest times. To be a leader – to be the first to arrive in Kyiv, despite missile attacks. Thanks @BorisJohnson for realizing the threat of RF monster and always being at the forefront of supporting 🇺🇦. pic.twitter.com/vIuXVjUbzG

Since the war broke out in February, the UK has provided Ukraine with weapons and training, with military aid packages amounting to £2.3 billion ($2.8 billion)—more than any country besides the United States, according to the UK government.

Johnson also played a significant role in rallying global support for Ukraine among Group of Seven and NATO countries.

Since his resignation, Johnson has spoken to Zelenskyy and described the Ukrainian leader as a “hero.” Zelenskyy is said to have thanked Johnson for his “decisive action” to help Ukraine following the Russian invasion.

When Will Johnson Step Down

Resigning prime ministers usually stay in office until a new party leader is selected, as Johnson said he would do.

A timetable of the process will be announced next week, Johnson said. It’s expected the Conservative MPs would select two candidates from all the contestants before party members vote to select the winner. The process could take months.

But many Conservative Party members, as well as the opposition parties, called on Johnson to hand over the reins to a different interim leader, with Labour threatening to use Parliament’s vote of no confidence procedure to evict Johnson unless he steps down immediately.

Johnson has been under pressure to resign from opposition parties since Jan. 11 after it emerged he was present at a “Bring your own booze” garden party in Downing Street during the COVID-19 lockdown. The revelation came after the prime minister assured Parliament that no COVID rules were broken.

The calls grew louder as more allegations of lockdown-breaching gatherings continued to dominate headlines, with Conservative MPs joining in by submitting letters of no confidence to the chair of the 1922 committee of Tory backbenchers, but some changed their minds following the Russian invasion of Ukraine, arguing it was no longer appropriate to have a leadership contest that would distract Cabinet from dealing with the war and the cost of living crisis.

Labour leader Sir Keir Starmer, also suggested at one point in March that Labour would prioritise the war in Ukraine over the partygate probe, before going back to call for Johnson’s resignation three weeks later when police confirmed that lockdown rules had been breached in Downing Street.

Currently, rules mean he can’t face another no-confidence vote for a year but it emerged this week that he kept Chris Pincher in government roles despite knowing about sexual misconduct allegations against the former deputy chief whip.

Downing Street previously said Johnson did not know about any specific allegations against Pincher before appointing him, only to admit that Johnson had been briefed about a formal investigation against Pincher in 2019 but forgot about it last week, triggering the resignation of almost 60 government ministers and aides.