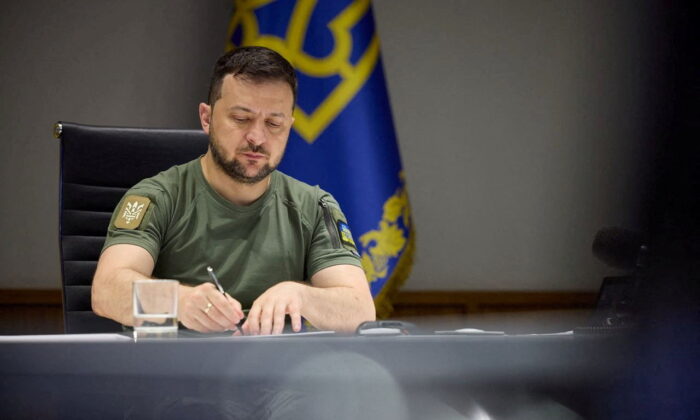 The European Council has now accepted the applications of Ukraine and Moldova to become “candidate member” countries of the European Union (EU). The President of Ukraine, Volodymyr Zelenskyy, welcoming the award of candidate membership, described it as “a unique and historic moment” in his country’s relationship with the 27 members of the EU and that “Ukraine’s future is within the EU.”

However, full membership for Ukraine is years and possibly decades away. This is because membership is only granted when the candidate country is able to satisfy the “Copenhagen Criteria” for membership. These criteria include a functioning market economy, a stable democracy supported by the rule of law, and the acceptance of all EU legislation and the common currency, the Euro.

Article 2 of the Treaty on the European Union also requires that “respect for human dignity, freedom, democracy, equality, the rule of law and respect for human rights” are prerequisites for becoming a full member of the EU. Depending on their specific circumstances, a candidate country may thus be required to overhaul its legislation to ensure its compatibility with the EU legal system, including the principle of the supremacy of European law and acceptance of the jurisdiction of the Court of Justice of the European Union, and to strengthen their infrastructure and administration.

As a candidate country, Ukraine is thus effectively sitting in the waiting chamber, anticipating and hoping to be invited into the embrace of the EU.

‘Wrong Decision at the Wrong Time’

Professor Marc De Vos, a former Dean of Law at Macquarie University, writing in the Belgian Trends magazine and commenting on the haste with which this has been done, rhetorically asks the question of whether Ukraine would have been offered candidate status if there had been no war with Russia.

He argues that, in offering candidate status to Ukraine, the European Council, on the advice of the EU Commission, has made the wrong decision at the wrong time. To bolster his argument, he refers to the severe internal divisions in Ukraine, the lack of a democratic tradition, the abject poverty of the country, and the high incidence of corruption.

More importantly, the EU decision, in fanning the embers of a cold war with Russia and penalising that country’s invasion of Ukraine, might provoke Russia into retaliation. Indeed, the award of candidate status to Ukraine might be interpreted by the Kremlin as yet another piece in an attempted encirclement of Russia by the European Union and by NATO.

This sentiment is not altogether preposterous in view of the fact that both Finland and Sweden have applied to become members of NATO and the constant stream of weapons made available by the EU to the Ukrainian army.

The Case of Turkey

The rushed award of candidate country status is reminiscent of Turkey’s association agreement with the then European Economic Community on Sept. 12, 1963. This agreement, known as the “Ankara Agreement,” evolved in 1999 into the recognition of candidate status on an equal footing with the other candidate states. However, thus far, full membership has not been bestowed on Turkey, even though negotiations for the status were commenced on Oct. 3, 2005.

There are many reasons for Turkey’s failure to secure full membership. Specifically, its dismal human rights record and autocratic rule are notable obstacles to satisfying the requirements and expectations of the EU.

Turkey’s case is a reminder that Ukraine’s and Moldova’s path to full membership is arduous and unpredictable. The European Union, in conferring candidate membership on Ukraine, may well be guilty of speciously raising the hopes of this unfortunate country—a case of virtue signalling at its worst.

De Vos argues that if Ukraine were to become a full member of the EU, the EU would also need to take on the history of the relationship between Ukraine and Russia. This is a daunting prospect that could be likened to purchasing a debt-ridden company: not only does the purchaser gain possession of the company, but it is also saddled with its debts while hoping that all will turn out for the better in the future.

Seized as Justification for Russia’s Actions?

De Vos describes the award of candidate member status to Ukraine as a geopolitical game of “poker” because it is merely a symbolic expression of sympathy for the abominable suffering endured by the heroic Ukrainian army and people.

As expected, Russia will be able to point to this development as a justification for hardening its resolve to subdue Ukraine and to break what it regards as the encirclement of its country by the West.

Interestedly, the award of candidate status provides unexpected opportunities to Russia because it may now have compelling but specious reasons for continuing the conflict and expanding its “special military operation.” Russia might consider and exploit the signing of a peace agreement, whereby Russia could claim sovereignty over the Crimean peninsula, the Donbas region, and the corridor linking it to Mariupol and Odessa in exchange for recognising and guaranteeing the sovereignty of the rest of Ukraine and its membership in the Union.

This opportunity explains the subdued response of Russia to the award of candidate membership to Ukraine. But, for the West and NATO, this award represents a dangerous geopolitical game of poker that could potentially engulf the world in another devastating World War with no clear winner.