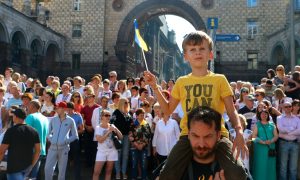 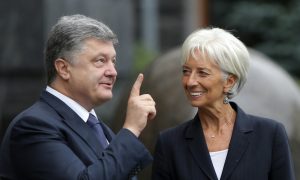 IMF to the Aid of Ukraine: Well-Intended, but Misguided
0 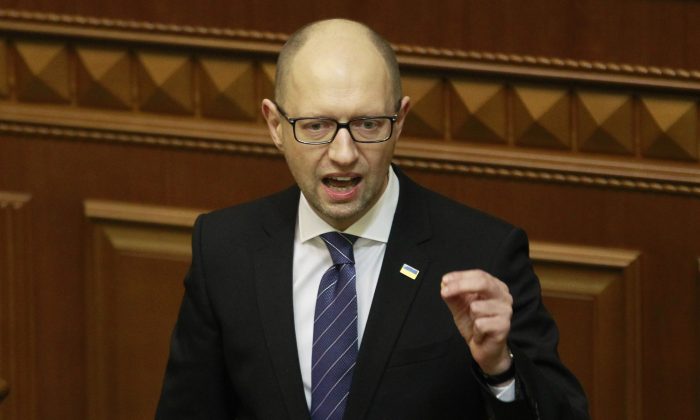 Ukraine Says It Won’t Repay Russian Debt Due by Weekend

MOSCOW—Ukrainian Prime Minister Arseniy Yatsenyuk said on Friday that his country won’t repay a $3 billion debt owed to Russia by this weekend after Moscow’s refusal to accept repayment terms already offered to other international creditors.

The “moratorium” on outstanding debt repayments to Russia effectively means that Ukraine is defaulting on a $3 billion debt due Sunday and could jeopardize crucial loans that Ukraine has been receiving from a $17.5 billion bailout deal with the International Monetary Fund.

It’s the latest spat between the two neighbors following a run of gas supply disputes, Russia’s annexation of the Crimean peninsula and support for separates in eastern Ukraine.

“After Russia refused to accept our offer despite our attempts to reach a restructuring deal, the government is imposing a moratorium on the repayment of the $3 billion debt to Russia,” Yatsenyuk said at a televised government session. “We are ready for court proceedings with Russia.”

He did not indicate when Ukraine would be ready to repay the debt. Moscow has previously said it will take Ukraine to court if it fails to pay on time.

Alongside the sovereign debt, the government has decided to put on hold the repayment of a combined debt of $507 million that two Ukrainian state-owned enterprises owe to Russian banks.

Russia officials have not yet reacted to Yatsenyuk’s statement.

It is unclear at this point how Ukraine’s imminent default will affect the four-year IMF bailout as the Fund recently said it can continue to lend to countries behind with debt payments as long as the country is trying “in good faith” to reach a deal.

He said the IMF’s recent concerns about the Ukrainian parliament’s decision to reject a proposed budget for the next year and a new tax code could indicate a “growing risk that the country’s bailout could be put on hold.”

Ukraine’s economy has struggled over the past few years and the country has negotiated repayment terms with creditors, but not with Russia.

In November, Russian President Vladimir Putin proposed a debt restructuring, saying Moscow would be willing to agree to payments of $1 billion a year between 2016 and 2018.

Ukraine turned down the offer, saying it cannot legally offer Russia a better deal than the one it has negotiated with other debt holders.

That deal has seen countries accept a 20 percent write-down of their Ukrainian bond holdings, a move which has cut Ukraine’s sovereign debt from $19 billion to $15.5 billion.

Relations between the two neighbors soured after Russia annexed the Crimean peninsula in March 2014 and threw its backing behind separatist rebels in eastern Ukraine. Ukrainian leaders have accused Moscow of sending troops and weapons to the east, a claim the Kremlin has vehemently denied.

Kiev has sought to give a political dimension to the debt, hinting that Russia bought Ukrainian bonds in December 2013 in an act of clandestine bribery of then President Viktor Yanukovych who was facing massive anti-government protests at the time.