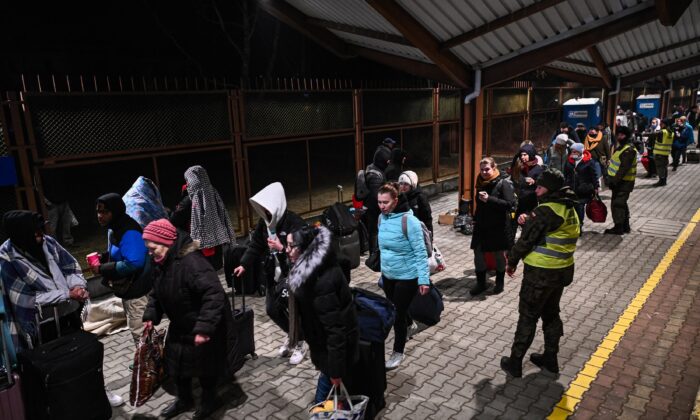 Ukraine issued war bonds on Tuesday for fighting off a Russian invasion, and has raised over 8.1 billion UAH ($270 million), the country’s ministry of finance revealed.

“In the time of military aggression of the Russian Federation, the Ministry of Finance offers citizens, businesses and foreign investors to support the budget of Ukraine by investing in military government bonds,” Ukraine’s Ministry of Finance said in a LinkedIn post. “The proceeds from the bonds will be used to meet the needs of the Armed Forces of Ukraine and to ensure the uninterrupted provision of the state’s financial needs under the war.”

The nominal value of one bond is 1,000 UAH (Ukrainian hryvnia) with a tenure lasting one year. The $270 million were raised at a weighted average yield of 11 percent. The Ukrainian government also issued two-month bills with a 10 percent annual yield, which is the same rate of a Ukrainian dollar-denominated bond maturing in 2023 was in February, before the Russian conflict.

“We had an investor call yesterday, and we see a lot of requests of how funds can support us,” Yuriy Butsa, Ukraine’s debt chief, said to Bloomberg. “We’re looking at ways to attract not only in local currency, but also in dollars, euros.”

Ukraine is also in talks with the World Bank and the International Monetary Fund (IMF) for emergency help. Butsa claimed that the country was well-capitalized from western donors.

Ukraine’s central bank had transferred roughly 19 billion UAH ($630 million) to its state budget last week. Despite the difficult conditions the country is facing due to the Russian invasion, Ukraine’s budgetary system “functions in full scale,” the finance ministry said.

Along with the National Bank of Ukraine and the Treasury, the ministry of finance pledged to ensure that “all necessary payments” are settled.

Ukraine’s central bank was forced to suspend its forex market on Feb. 24 due to the country’s ongoing conflict. Investors are only able to buy UAH and sell foreign currency but not the other way round.

Though a part of its financial infrastructure is inactive due to war, Kyiv is able to raise funds through bond sales. The secondary trading of war bonds is active. War bonds were auctioned through primary dealers like Budapest-based OTP Bank Nyrt, Austria’s Raiffeisen Bank International AG, and Citigroup Inc.

Several governments have issued war bonds in the past. During the Second World War, the United States issued war bonds and encouraged citizens to invest in them as a matter of patriotic duty.

Washington raised $185.7 billion via these bonds, with over 85 million Americans investing in them. Bond purchases are also an indication of how much faith people have in the government’s potential to last beyond the conflict.