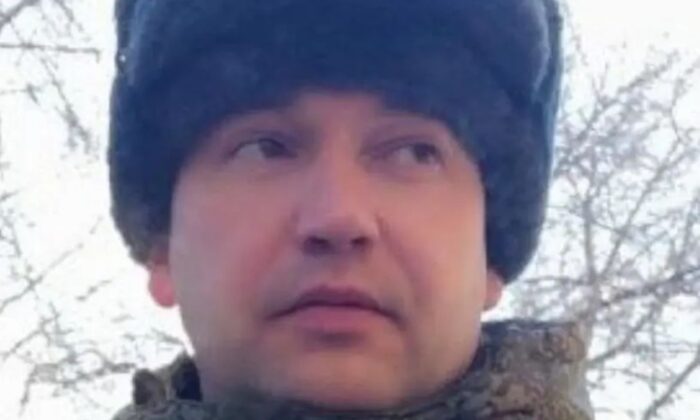 The Ukrainian Ministry of Defense claimed that a Russian general was killed near Kharkiv, but a senior U.S. military official said that the United States cannot confirm it.

A short statement from Ukrainian Defense officials offered no proof of the death of Maj. Gen. Vitaly Gerasimov and provided few details on when he was killed. They said he was killed during fighting in Kharkiv.

Ukraine said Gerasimov is a “Russian military commander, major general, chief of staff and first deputy commander of the 41st Army of the Central Military District of Russia” and added that he was a veteran in Russian campaigns in Syria and Chechnya.

In a call with reporters on Tuesday, the U.S. military official, who requested anonymity, said that “we cannot confirm that the general has been killed,” referring to Gerasimov. The Department of Defense has not reached out to Russia’s Ministry of Defense.

The official also said the United States had no knowledge of a family relationship between the general and Valery Gerasimov, who is the chief of staff of the Russian Armed Forces.

Neither the Russian Ministry of Defense nor Russian state-run media released a statement on the claims.

Ukraine’s Defense Ministry also alleged they had procured data suggesting “significant problems with communication” within Russia’s army and problems with “the evacuation of their broken units” in Ukraine.

Alongside its statement, the Ukrainian Defense Ministry released what it claimed to be audio of an intercepted phone call between two Russian Federal Security Service officers discussing the death of Gerasimov.

Gerasimov previously met with Russian President Vladimir Putin in the Kremlin on Feb. 27 to discuss the Ukraine conflict, according to the state-run TASS news agency.

U.S. intelligence officials told members of the House Intelligence Committee that Moscow is likely to escalate its military actions across Ukraine.

“We assess Putin feels aggrieved the West does not give him proper deference and perceives this as a war he cannot afford to lose, but what he might be willing to accept as a victory may change over time given the significant costs he is incurring,” National Intelligence Director Avril Haines said Tuesday.

The Epoch Times has contacted the Russian embassy in Washington for comment.